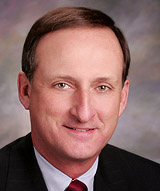 Support from mainstream Republican elected officials in Lafayette Parish for City-Parish Council District 6 candidate Jared Doise continues to mount. Over the weekend, Assessor Conrad Comeaux emailed supporters urging them to back Doise. It is the second such endorsement in the last few days for Doise, who owns the chain of Legends bars in Lafayette; on Friday City-Parish President Joey Durel emailed his supporters asking them to vote for and contribute to Doise's campaign.

The Louisiana Restaurant Association has joined the Greater Lafayette Chamber of Commerce in backing Doise. His opponent in the Nov. 19 runoff, fellow Republican Andy Naquin, has been endorsed by the Acadian Home Builders Association and the Tea Party of Lafayette, among others. A source tells The Ind that incumbent Sam Doré, who was ousted in the Oct. 22 primary, will throw his support behind Doise on Tuesday.

While Comeaux, who ran unopposed in the most recent election cycle, cites Doise's business savvy for his endorsement, he also takes exception to a specific paragraph in an Oct. 26 fundraising letter Naquin mailed to supporters. Comeaux's full letter is reproduced below.

In 2003 when a restaurant/bar opened at the entrance to my neighborhood, Holden Heights, I expected the worst. Through the years, however, I've come to respect whoever the owner was. It's a place that is a favorite of UL Lafayette fans and supporters, Holden Heights residents and others who enjoy sharing a great burger and beverages with friends.

Little did I know that the owner - Jared Doise - had an interest in the growth and management of Lafayette Parish and that he would run for the District 6 seat. Jared is an accomplished businessman who is involved in our community.

Jared took a boarded-up convenience store and turned it into a respectable establishment that has thrived for eight years, in a business category that has the highest rate of failure. That takes courage and determination. Over eight years, he set his sights on other eyesores in our community and did the same - returned them to commerce.

Jared is now engaged in a tough run-off election where his opponent has crossed the line when it comes to campaigns by engaging a personal issue. His opponent's fundraising letter dedicated an entire paragraph to subtly informing readers that Jared and his wife "have no children yet," going beyond anyone's definition of decency. It is and was intended as a backhanded insult and that is exactly how readers of Mr. Naquin's letter have taken it. It was unnecessary, insulting and disgraceful.

Friends, government can work most effectively with leaders like Jared who have management experience, who understand the importance of teamwork and who possess vision. Divisiveness without compromise has no place in government. Opportunities are missed, citizens go unserved and growth and economic development falter.

On Tuesday, November 8, Jared is having a fundraiser from 5:30 p.m. until 8:00 p.m. at iMonelli Restaurant on Johnston Street. I am asking you to join me in supporting this successful businessman in his race for City-Parish Council.

Contributions, up to the limit of $1,000, should be made payable to Jared Doise Campaign and either mailed to 912 Robert Lee Circle, Lafayette, LA 70506 or dropped off at the fundraiser.