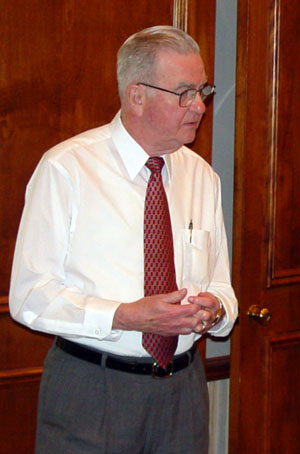 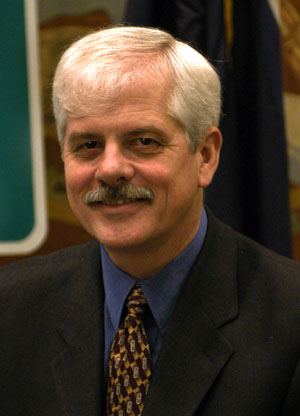 As annual state accountability tests wrapped up in parish high schools last week, veteran Lafayette High English teacher Melinda Mangham fears the school may start to slip from the mark it set last year that established LHS among the top 20 high schools in the state.

"I think [teachers] felt they didn't have their kids exactly where they wanted them to be," she says. "So it's going to be interesting to see."

Several Lafayette High School teachers are still grumbling about the school's first year under block scheduling ["Scheduling Conflict," Jan. 19]. They say that block scheduling ' which gives students more opportunities to take elective classes but cuts back on each course's overall hours ' has diluted classes and hurt students' grades. In response to the rising concerns, the Greater Lafayette Chamber of Commerce and LPSS imported national block scheduling author and adviser Robert Canady last week to speak on the innovative ways states like North Carolina and Virginia have used block scheduling.

The chamber and LPSS split the $6,000 tab for Canady's visit, which included his honorarium and traveling expenses. Though most in attendance at Canady's speech agreed the visit was productive, concerns prevailed over how his vision would be implemented into Louisiana's system.

Mangham says Lafayette has not invested in all of the additional teachers and resources that are needed to effectively adopt block scheduling. The result, she says, has been an overcrowding in basic elective courses such as art and speech. She also believes that scheduling options are limited at Lafayette High because it houses so many of the parish's programs for special education and foreign students.

"I think we jumped into this without really giving it a lot of thought," Mangham says. "If block scheduling is going to work, somebody's going to have to pay for it. It's not an inexpensive thing."

Attorney and former Lafayette Chamber of Commerce Chairman Gary McGoffin tempered his praise for Canady's visit with concern that it was too little, too late. McGoffin ' who spearheaded the Chamber's education initiatives during his tenure ' wishes the local school system would take more time to educate the public and train staff before implementing new programs.

"Our school system wants to make the decisions instead of doing the research," he says. "It's obvious that before we got into this year we could've used a whole lot more planning and preparation to make [block scheduling] a success."

For McGoffin, a critic of block scheduling, Canady's presentation provided a lot of answers on the effective use of the program.

"It's a lot more involved than I realized," McGoffin says. "We can have a vision now. We have a chance to do it right, now that we know there is a right way."

Under block scheduling, high school students now take eight courses in a year instead of six. The class times also have been extended to 90-minute periods and are held every other day ' with students rotating between Block A and B schedules. The schedule allows students to take more classes, but cuts overall class time in each subject by 35 hours annually. (Block scheduling was instituted at Comeaux and Northside high schools three years ago and is now used by all five Lafayette Parish high schools.)

At times during his public address at the Lafayette High Auditorium on Monday night, March 21, even Canady seemed befuddled by complications unique to Louisiana. The University of Virginia professor was stumped after parents and teachers told him that even if a local high school senior earns college credit at UL Lafayette, those credits often don't transfer to other state colleges such as LSU.

"I don't even know if that's legal," Canady said. "It must be a political issue or something. That's a Louisiana thing. I've never heard of that before."

Because block scheduling allows for two additional courses per year, many students will meet their required 23 credits for graduation at the end of their junior year. One of the main concerns of teachers and parents attending Canady's speech was keeping these students productive in their senior year. Canady advocated internships, tutoring and long distance learning programs for local seniors.

In addressing teachers' concerns over lost class time, Canady suggested schools "double block" core curriculum classes. Double blocking allows students two complementary math or English classes over the course of a year. He doesn't believe that students suffer because of shorter class times. "When teachers argue that, they're saying the other seven classes aren't worth anything," he says.

However, for several teachers struggling under the new system at Lafayette High, Canady sounded like an outsider. "I saw some good in what he was saying, but I don't think he was describing our school system," says English teacher John Keller.

Mangham says she hopes Canady's visit is a sign of further studies and discussion on block scheduling. "I think that there's some creative ways that we can schedule that would enhance block scheduling," she says. "We've just got a long way to go with this, and my concern is if we're not able to make this work in a productive way, the student pays the bill."