The newest kids on Lafayette's theatrical block, The Compound, are bringing an old Christmas tale to life with an adaptation of Charles Dickens' A Christmas Carol. 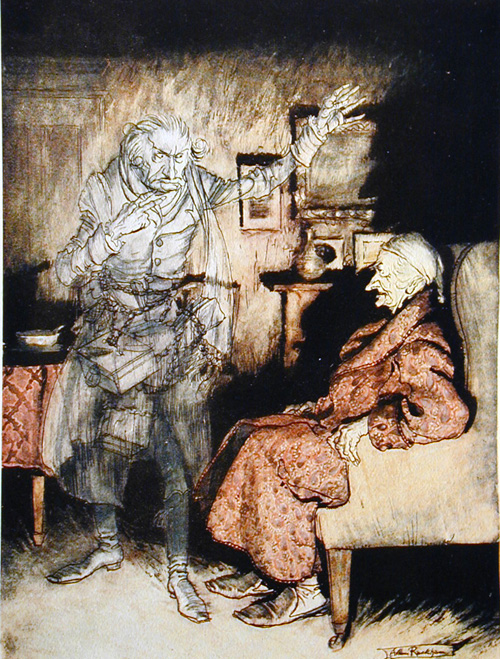 The newest kids on Lafayette's theatrical block, The Compound, are bringing an old Christmas tale to life with an adaptation of Charles Dickens' A Christmas Carol.

While The Compound is new the hands behind it are as seasoned as a holiday turducken. Steven Cooper, Cody Daigle, Duncan Thistlethwaite, Aren Chaisson, Martha Diaz and Sarah Gauthier form the cast.

The story is a morality tale that was first published as a novella in 1843 London. Dickens own life was that of a Victorian English gentleman until, due to family circumstances, at age 12 was forced to leave school and take a job in a factory to support his family. This gave Dickens a lifelong sympathy to the struggle of poverty. It was this experience that gave him the germ of an idea to create a character who redeems himself after seeing how other people truly live. The protagonist of A Christmas Carol, Ebenezer Scrooge, is a bitter miser who spends Christmas Eve being haunted by his dead former business partner, Jacob Marley. Marley's goal isn't vengeance but redemption, to save Scrooge's soul by having three spirits - ghosts of Christmas Past, Present and Future - awaken Scrooge to the error of his ways.

The Compound is using a small cast to play many parts with a narrator guiding the way. The performance is at Theatre 810 located at 810 Jefferson St. Admission is $10 and tickets can be bought online here. Phone reservations start Dec. 5 by calling The Compound at 247-7028.