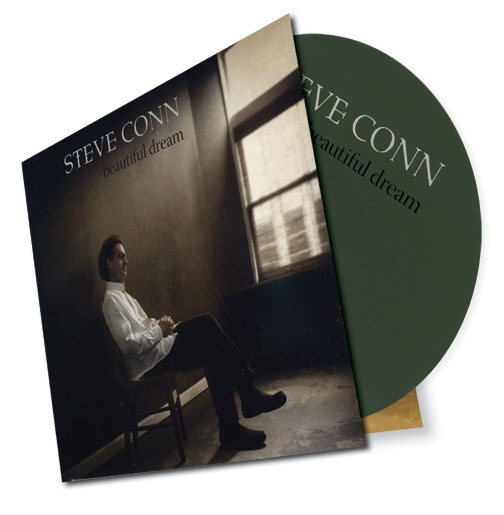 Stick around long enough in this business and lots of dots get connected. I met Steve Conn at one of his Crossroads shows at Vermilionville where he, Sonny Landreth and Michael Doucet played a packed house and took no prisoners. Often collaborating with Sonny on some project or another, the two would sometimes visit me at my piano gig at Charley G's. A little arm-twisting and Steve would take over for a couple of tunes, and quite elegantly. Thanks to Sonny, our friendship has grown steadily and cordially, though piano players very rarely do what they say they rarely do - play together.

I often boast of having discovered Joe McMahan. I recruited him into bands in Shreveport, and later into Jo-El Sonnier's band in Nashville. Young Joe would quickly figure out how to operate the recording gear that I bought but could never figure out. I turned him on to Al Green. We limped and labored through jazz books together and explored the subtle colors and characters of chords and their voicings.

Jo-El has since moved back to Louisiana. McMahan thinks about it, but has remained in East Nashville, across the Cumberland River and off the radar from Music Row, in a world where all forms of independent musical expression flourish; the cafés are filled with Bohemians and hipsters, and label execs are scarcely seen. This is the world in which Joe collaborates, in various capacities, with some brilliantly creative artists - The Altered Statesmen, Webb Wilder, Kevin Gordon, Mike Farris, Minton Sparks and Patrick Sweeney, to name a few. He produces, engineers and plays some very singularly knocked-out guitar.

Around 1972, Pineville native Steve Conn habitually took a back row seat for his Shakespeare class at LSU and met fellow back row dweller Michael Doucet. They would be LSU roommates for a spell, head off to Colorado in a VW minibus and meet Sonny Landreth in a health food store in Estes Park. Upon this first meeting, they agreed to start a band. It clicked, and another lifelong friendship was set into motion.

Steve would reside in many towns, make frequent trips to Lafayette, marry a Lafayette girl and play piano with an endless bevy of notable artists - Zachary Richard, Clarence Gatemouth Brown, Albert King, Bonnie Raitt, Kenny Loggins - while steadily crafting his own albums of piano-driven jewels that often speak of love, longing and madness.

Did I mention that he is from Pineville?

Now living east of East Nashville, in Mt. Juliet, Tenn., Conn offers up his gorgeous new album, Beautiful Dream. The producer of this project, Richard McLaurin, brought in a special guitarist whom he thought could take the songs to another level: Joe McMahan. And to another level they went. Conn is so pleased with the result that he invited McMahan to join him on his run to Louisiana, including the upcoming Live in Louisiana shows at Vermilionville and the Sliman Theater in New Iberia.

I get a phone call from Joe. "If you'd like to make this simple blues album we've been talking about, here's a good chance." I've been pondering for three years on how to make the next record with Joe.

With the upcoming Lil' Band O' Gold Crossroads Christmas Pageant coming up at AcA, Benefit the Boogie, my boy's piano recitals and football games, and all the gigs, how can I squeeze in making a record? I'll just have to take my vitamins. A great notion has struck - I can't let it drift away.

I start making some calls and soon, my loyal bandmates Bruce "Weasel" MacDonald and Mike "the Yat" Sipos have cleared their schedules.

Dockside is booked for a three-day block. Buddy Flett says he's in. My dear Professor Dickie Landry gives a nod. And to put a couple of cherries on top, fellow Jo-El veteran, Ron "the Grinch" Eoff ventures from Nashville to send his funky bass notes bounding down the Vermilion River, and the great Lil' Buck Senegal agrees to perform his air bending feats. Now I know which songs to choose and which to leave out, playing to the strengths of these esteemed players. Visions of shimmering, pastoral splendor will have to wait. Deep fried hog fat will rule the day, with mustard and gravy.

Never one to miss an angle, Todd Mouton, our local impresario and co-producer of the Live in Louisiana series, has invited me to be a part of the Steve Conn show, illuminating the McMahan connection. Pursuant to this column and the upcoming shows, I've been on the phone quite a bit with Conn. It turns out that he knows the Flett brothers from attending Louisiana Tech in Ruston, listens to old A-Train albums, has worked with nearly everyone I've worked with, and we've been "just missing" each other for decades. It becomes more than cordial. It's like peripherally knowing a cat for years and then finding out he's your first cousin.

The inter-connectedness of the music business, as in other realms, can be "a real blow-minder," as Brother Jo-El used to say. Someone has a whim and says something to someone, dominoes go tumbling in every direction for hundreds of miles, numerous and disparate characters, yats and grinches and weasels come into play, studios are booked, records are conspired and stages are lit. I live the life I love, one I swore that I would live as early as sixth grade, and every nickel is on the line.

Live in Louisiana will present Steve Conn & Friends featuring Joe McMahan and special guest David Egan at 7 p.m. Thursday, Nov. 17, at Vermilionville Performance Center, Lafayette, and at 8 p.m. Friday, Nov. 18, at the Sliman Theater, New Iberia. Tickets are $15 and can be purchased online at www.liveinlouisiana.com.