[Editor's Note: This blog has been updated to correct inaccurate poll numbers from Ortego's 2007 bid for District 39 state rep., as well as to omit the word 'Cajun' from Ortego's platform of French preservation in Louisiana.] 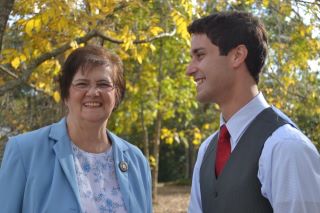 Saturday's eye-popping victory in the House District 39 race, in which Carencro Democrat Stephen Ortego unexpectedly delivered a 10-point win over St. Landry Parish President Don Menard, has earned Ortego a shared spot on the political history bookshelf with some of the most influential Louisiana politicians of late.

At 27 years old, Ortego will be the youngest serving member of the state House when it convenes next year, as were U.S. Sen. Mary Landrieu and former U.S. Reps. Chris John and Cleo Fields when they were each elected to the Louisiana Legislature.

Ortego secured 55 percent of the vote Saturday in what was arguably one of the biggest upsets in Acadiana legislative races.

"We expected to win. We just didn't expect to win by that much," Ortego says. "We could feel it on the ground in the last week. People started really supporting the campaign."

Ortego says the financial boost he received from the Louisiana Democratic Party was standard for a legislative race, but nowhere near the amount of money Menard received Jindal and Vitter.

"We knew we weren't going to get that kind of money, so we had to be smart about the money we did receive," Ortego explains. "I think getting out and talking to people really laid out a foundation."

Ortego ran for the District 39 seat in 2007, placing third in the primary election and failing to secure a runoff. This year, Ortego took 35 percent of the primary vote to face Menard in the runoff. Current state Rep. Bobby Badon did not seek re-election.

Unlike Louisiana heavyweights Landrieu and John, whose fathers both held high public offices in Louisiana, Ortego's only DNA ties to the Legislature stem from his great grandfather, a former state representative.

As for what's to come, Ortego's answer echoes from one of his biggest campaign platforms - preservation of French Louisiana culture.