Sports blogs and radio jocks in Mississippi say UL head football coach Mark Hudspeth is no longer a candidate for the head job at Ole Miss. 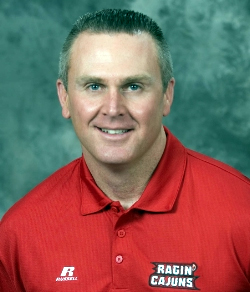 Sports blogs and radio jocks in Mississippi say UL head football coach Mark Hudspeth is no longer a candidate for the head job at Ole Miss, although the rumor mill over Hud's future with the Cajuns continues to churn.

Citing the Reb Sports Radio Newtork, sports website SB Nation says Hud, who reportedly met with Ole Miss search committee members headed by former Saint and Rebel quarterback legend Archie Manning Sunday in New Orleans, is off the Ole Miss list. But the website throws in a caveat: "Hudspeth has turned down Ole Miss after an interview, though the details - his work history is an issue because it includes Mississippi State? - sound too bizarre even for Ole Miss. The popular thinking there: if [Mississippi State head coach] Dan Mullen goes to Penn State, former quarterbacks coach Hudspeth could accompany him."

UL, meanwhile, is acknowledging through Athletic Director Scott Farmer, in an interview with The Advertiser, that renegotiating or restructuring Hudspeth's contract could soon become a priority. Hud's contract has four years remaining with a base salary this season of $360,000, according to the daily - good money, indeed, but far beneath the haul even a lower tier Southeastern Conference coach like Ole Miss' recently ousted Houston Nutt was making: roughly $2.7 million per year.

Farmer admits in The Advertiser interview, "I don't know if we could get into a bidding war with a team from the SEC," adding that UL, with its relatively modest athletic budget, could probably conduct a coach-compensation battle with another mid-major conference, but not with the big boys.

Hudspeth, meanwhile, is remaining mum, apparently content to focus on the Cajuns' Dec. 17 appearance in the R&L Carriers New Orleans Bowl. Stay focused, coach. And stay with us.

Read more on Hud and the Ole Miss vacancy here.

Check out The Advertiser story here.