Men balance upon each other while jump roping in unison, acrobats bounce to and from high-rise planks to low-level trampolines with the slightest of ease that even Spider-Man would envy, and a majestic woman levitates over the stage with just a cobalt satin ribbon keeping her from landing on the ground: It's just another day at the Cirque du Soleil Dralion traveling show. 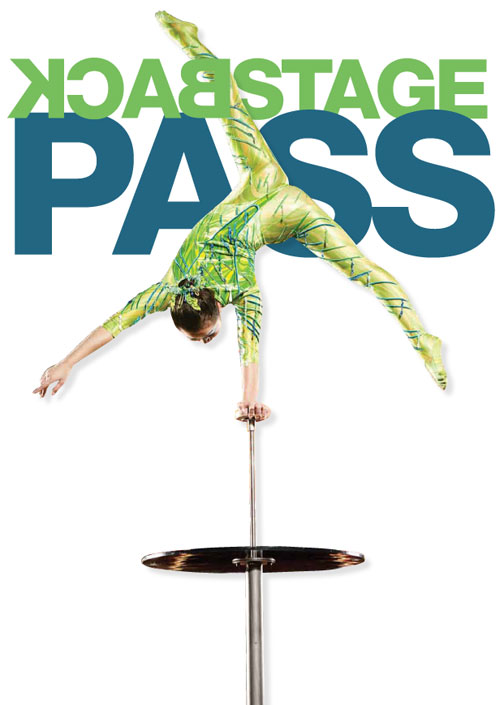 Men balance upon each other while jump roping in unison, acrobats bounce to and from high-rise planks to low-level trampolines with the slightest of ease that even Spider-Man would envy, and a majestic woman levitates over the stage with just a cobalt satin ribbon keeping her from landing on the ground: It's just another day at the Cirque du Soleil Dralion traveling show.

But it's not just another day for me.

I tag along with the performers for the day, failing at blending in because my charcoal blazer and highlighter-yellow notebook are dead giveaways that I am not one of them. I survey the tour bus as they glide into their seats, and I eavesdrop upon their conversations in Mandarin, French and Spanish that I can neither translate nor understand. Clad in T-shirts and sweatpants, some listen to iPods while others sing songs that I do not recognize while others converse about their Chinese culture. With infectious energy, they leap off the bus that transports them to their latest arena destination where they will be performing a physically grueling, three-hour show for hundreds of Houston locals. Neither the day ahead nor the looming performance seem to daunt them. This is their normal.

"At the beginning, it's kind of weird, because everyone is different," reflects Barcelona native and trampoline acrobat extraordinaire Alejandro Cuenca about first joining the Dralion show around three years ago. "Everyone has a different culture, a different language, many different styles. But after a while, we become a family. We are all in the same ship together. So, we're doing the same thing every single day pretty much. We are touring together; we are trying to have fun together. We are a family."

And this Dralion family consists of 52 performers who hail from 15 different countries, 26 of whom are from China. Ranging in age from 19 to 36, many of these entertainers professionally competed for their homelands. Now, they compete for audiences' attention with daredevil stunts that include flipping in and out of hoops and unbelievable body contortions that consist of balancing their entire bodies on one hand. In this particular Cirque du Soleil show, the entertainers relay stories of cultures colliding.

"Every show has its own theatricality, own music, own performers," says Julie Desmaraias, a Montreal native who tours with the performers as Dralion's public relations liaison. "But this particular show is a meeting of East and West where we blended traditional Chinese acrobatics with the Cirque du Soleil avant-garde style of doing the circus. The show combines the four elements, which show that there is a balance between human and nature. So, the four elements are water, fire, earth and air." 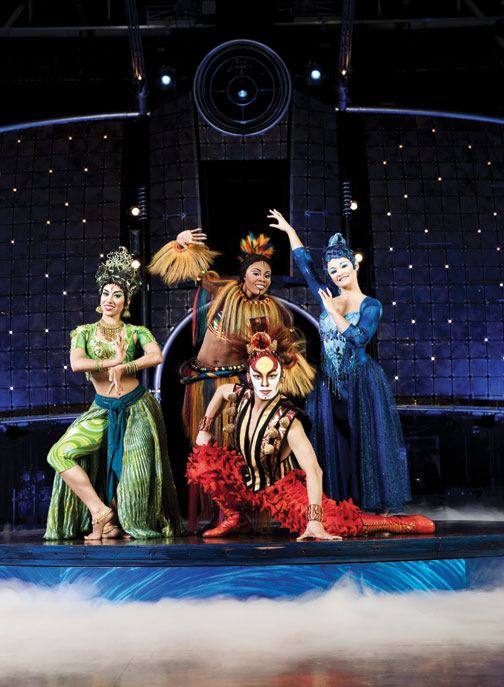 The character of Little Buddha, who gracefully dances throughout the show's entirety, controls the four elements. A petite Australian who has piercing baby blue eyes and natural blond hair, the artist portraying Little Buddha only provides her stage name, Charli G. Although she lives out of a suitcase and is oceans' distance from her family and friends, Charli G. says it is a minor price to pay for having this gig.

"Obviously you miss your family, your pets or whatever," says Charli G., who started dancing at age 6. "But we're in this because we love to do it. Obviously, it's not because we have to. We're here because we want to be here. We love it, and we're passionate about it."

They are also passionate about ingesting cuisine that is equal parts nutritious and flavorful. As I trek into their makeshift cafeteria in the arena, aromas of freshly sautéed bell peppers and well-seasoned shrimp congest the air. It is "make your own stir fry" day in the area where a catering company, which travels with the show, previously filled the rice cooker with jasmine rice and the chaffing dishes with innovative entrees. Donning elaborate stage makeup they did themselves, they flock toward the stir-fry station and often request chicken and shrimp. "I need my protein," one of the women performers says, justifying her double heaping of meat and seafood. They also reach for the moist vanilla cupcakes subtlety filled with a cake center that tastes like an Oreo cookie's exterior. They need their sugar, too.

After feeding their hearty appetites, they focus their attention toward the show that is less than an hour away. They wiggle into their costumes, which are custom made with unorthodox materials ranging from horse hair to metal to emu feathers to Styrofoam to bubble wrap. The lights dim and the crowd roars. The performers step back into their normal.

"I love what I am doing," says Cuenca, the 36-year-old Spaniard, who professionally competed for 20 years prior to joining Cirque. "I love jumping around. I love the adrenaline I get in front of the audience when we are doing shows. People in the audience are giving to us an energy that's just awesome. I cannot explain it. I love a loud audience. ... a crazy audience that is clapping and screaming and yelling. We love it. We need it."