As the dispute between Lafayette Utilities System and the city of Broussard escalates toward an possible date before a judge over that $825,000 water bill, LUS has upped the ante.

As the dispute between Lafayette Utilities System and the city of Broussard escalates toward a possible date before a judge over that $825,000 water bill, LUS has upped the ante by denying Broussard's most recent request for an additional meter point to pump more LUS water into the southeast Lafayette Parish city. 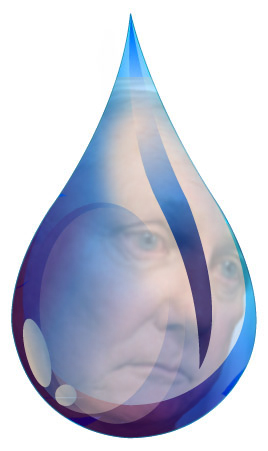 According to an account in today's Advertiser, Broussard Mayor Charlie Langlinais' Wednesday press conference about the disputed water bill was interrupted by the receipt of a certified letter from LUS denying Broussard's additional meter. One wonders whether the press conference was scheduled specifically to let Langlinais wave the certified letter about in a display of civic martyrdom - the timing was just too perfect. But either way, Langlinais and LUS Director Terry Huval are at loggerheads, and with a thirsty, growing city in need of water, Langlinais appears to be backed into a corner, although he shrugs off the controversy over the purloined potable, telling the daily, "[t]he citizens of Broussard will be just fine" and citing "several other sources and options" for providing water to his city.

Broussard requested the additional meter point on Ambassador Caffery South near the Youngsville Highway in September - a request that set in motion the chain of events leading to LUS' discovery that the most recent meter installed in Broussard on Albertson Parkway had been bypassed and was pumping water free of charge into Broussard since early 2006, leading LUS to send Broussard a bill for $825,000.

Read more about the fracas in our Nov. 23 cover story, "Out of Line."