For the top honor in college football. 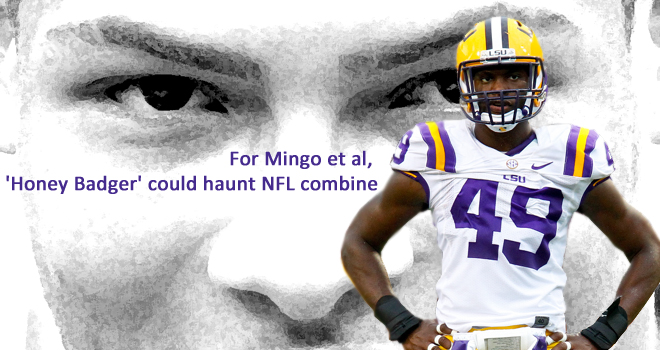 In a contest that has largely become an exclusive club for quarterbacks and running backs, the sophomore cornerback from New Orleans will be the first defensive back up for the award since Michigan's Charles Woodson won it in 1997. Mathieu and Richardson will face one another again on Jan. 9 in the Mercedes-Benz Superdome during the BCS national championship game.

Mathieu's Heisman votes no doubt skyrocketed following Saturday's phenomenal performance in the SEC Championship against George when he had two long, weaving, juking punt returns, one for a touchdown, to go along with four tackles and a fumble recovery.

According to The Advocate, after hearing his name in ESPN's Heisman selection show Monday, Mathieu tweeted, "Thank GOD!! I am truly blessed!!"