DL ON THE DOWNLOAD
The down low on Roddie Romero & The Hub City All-Stars? They went all digital, and just in time for Christmas. 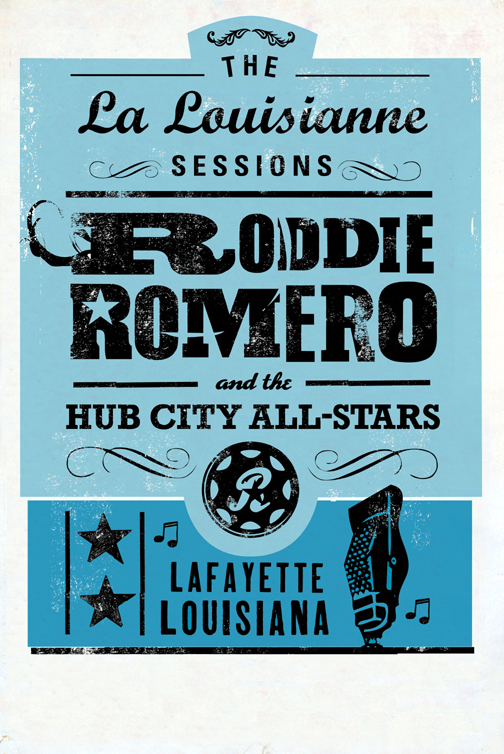 DL ON THE DOWNLOAD
The down low on Roddie Romero & The Hub City All-Stars? They went all digital, and just in time for Christmas. The band has embraced a decidedly 21st-century way to move their 20th-century South Louisiana sound into virtual stockings everywhere: the download card. Think of it as a gift card, the gift being an MP3 download of the group's Grammy-nominated double-disc The La Louisianne Sessions, named after the eponymous and iconic recording studio near the McKinley Street Strip that gave birth to many a swamp pop legend in the '50s and '60s and provided the soundtrack for a whole bunch of baby conceiving. The record itself is righteous: 23 "Louisiana roots" songs - timeless covers and spot-on originals - that showcase the impeccable musicianship of Romero, the multi-instrumentalist and now-grown former wunderkind after whom the state law allowing minors to play in bars is named, and his crackerjack band (Eric Adcock on organ and keys; Chad Viator on guitar, Chris French on bass and Jermaine Prejean on drums). I'm not sure if La Louisianne has gone digital, but I can imagine these warm, inviting tracks being laid down on half-inch reel-to-reel tape - just like Pawpaw used to do. It's a damn fine record, and at $10 for the download card, it's half the price of the double CD. You can purchase the CD Baby download card for The La Louisianne Sessions at the band's website, RoddieRomero.com. Get it. Then give it. - Walter Pierce