The top five states on the list in descending order are Wyoming, Nebraska, North Dakota, Minnesota and Iowa. 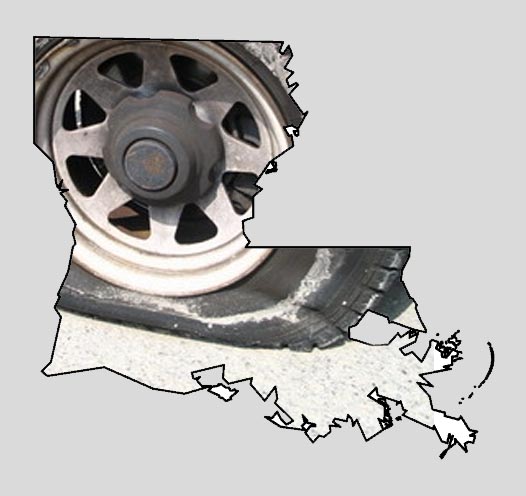 The website 24/7 Wall Street.com, an investor guide, has ranked Louisiana 42nd on its list of best-run states, or, conversely, the ninth-worst state. The editors ranked states based on four criteria: state debt per capita, percentage of residents without health insurance, percentage of residents below the poverty line and the unemployment rate. Were it not for the Bayou State's relatively low unemployment - 6.9 percent, which is 13th-lowest in the nation - we would probably be closer to the bottom.

At $3,914 per person, Louisiana's state debt is 17th highest in the country. We're 10th highest for the percentage - 17.8 - of residents without health insurance, which is the same percentage for residents living below the poverty line, the fifth highest rate in the nation.

Of Louisiana, the editors write:

Louisiana remains in our bottom 10 again this year, although it has improved since last year, primarily because of decreases in unemployment and violent crime rate. In all, however, the state ranks poorly in most of the metrics we considered. Louisiana has the fifth-highest poverty rate in the country, the 10th-highest percentage of residents without health insurance coverage and the fifth lowest percentage of adults with a high school diploma.

The top five states on the list in descending order are Wyoming, Nebraska, North Dakota, Minnesota and Iowa.