C'est Bon
OK, so the Honey Badger doesn't take everything he wants, but he's still a ferocious little critter.**

Pas Bon**
A crackerjack investigation published Sunday by The Daily Advertiser plumbs the depths of dysfunction and dereliction in UL's Parking and Transit Office...** 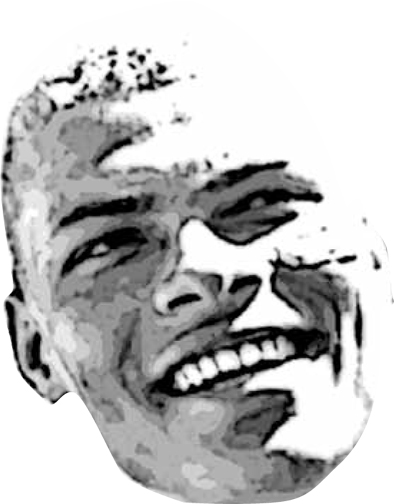 C'est Bon
OK, so the Honey Badger doesn't take everything he wants, but he's still a ferocious little critter. LSU cornerback Tyrann Mathieu ended up on the short end of the voting - fifth among the five finalists - Saturday when the Downtown Athletic Club awarded the Heisman Trophy to Baylor quarterback Robert Griffin III. We knew Mathieu, the 5-foot, 9-inch whirling Dervish from New Orleans, had almost no chance to snag the cast bronze trophy awarded annually to the nation's most outstanding college football player; defenses may win championships, but the Heisman (save for 1997 winner Charles Woodson) is all about offense. But with accolades like SEC Defensive Player of the Year and the Chuck Bednarik Award under his belt already, we expect plenty more Heisman moments from Mathieu.

Pas Bon**
A crackerjack investigation published Sunday by The Daily Advertiser plumbs the depths of dysfunction and dereliction in UL's Parking and Transit Office over much of the last decade punctuated by the arrests first of the former department head and later an accountant, collectively accused of siphoning nearly $300,000 in cash from the office, and the apparent suicide of the department's most recent director who, an ongoing investigation will likely show, was engaged in the same nefarious self-enrichment. But the daily's probe really points a flashing red light at former Dean of Students Ed Pratt, who, the investigation shows, was alerted to problems in the department more than six years ago and who conveniently retired two days after The Advertiser began submitting public records requests related to the story.

Couillon
Thank goodness for that stellar Sunday investigative story by The Advertiser because the daily skidded across a news-reporting nadir on Saturday with a silly story under the headline, "Bikini babes confuse Christmas crowd." The real headline should have been "Bikini babes offend yule prude." According to the account, the Sonic Christmas Parade the week before was marred - marred we tell ya! - by a beach-themed float bearing bikini-clad women. The anachronism, we learned, was because another float broke down the morning of the parade and organizer Gary Wilkerson had only one float left to meet his sponsorship obligations - a float belonging to the Brazilian-themed Krewe of Carnivale en Rio, and those bare midriffs and barely contained and no doubt handsome bosoms offended ... drum roll ... one unidentified man, who vociferously complained the spectacle caused an uncomfortable wadding-up of his starched Victorian underpants.