Thursday's episode of Sesame Street will be brought to us by the number nine. 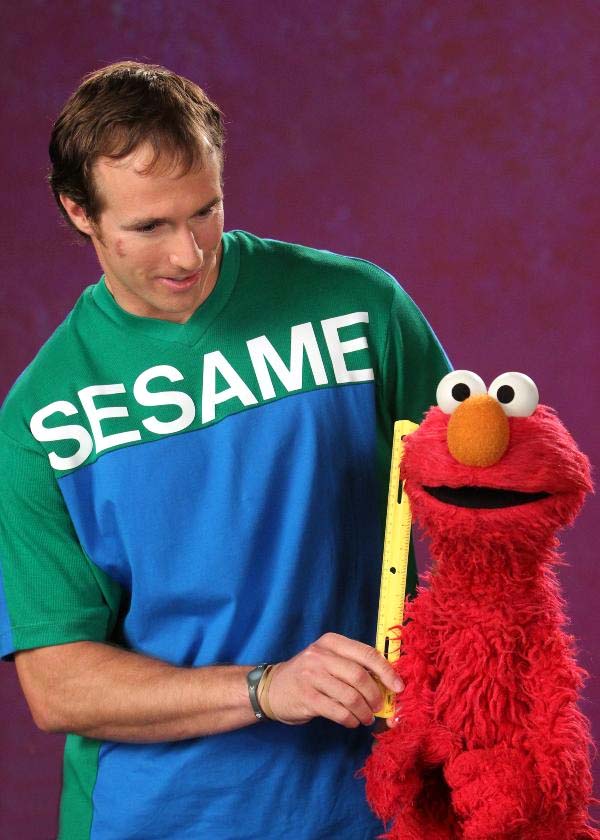 Thursday's episode of Sesame Street will be brought to us by the number nine.

New Orleans Saints quarterback Drew Brees will take a few guest snaps on the long-running children's educational television program in an appearance he taped before the start of the season. The former Purdue Boilermaker has two young sons, toddler Baylen and baby Bowen, who are no doubt familiar with the show's fuzzy cast members.

According to LPB, Brees will explain measurement in addition to Abby casting a spell that makes Elmo grow taller than buildings, Grover using his powers of observation and Murray experimenting with a skateboard. Murray be careful! The segment airs at 9 a.m. Thursday.