Effective Feb. 1, Dr. Pat Cooper will be the next superintendent of Lafayette Parish public schools.

[Editor's note: This story has been updated to include more information from the Lafayette Parish School Board meeting and comments from education stakeholders and civic leaders Margaret Trahan and Chip Jackson.]

[Editor's note: This story has been updated to include more information from the Lafayette Parish School Board meeting and comments from education stakeholders and civic leaders Margaret Trahan and Chip Jackson.] 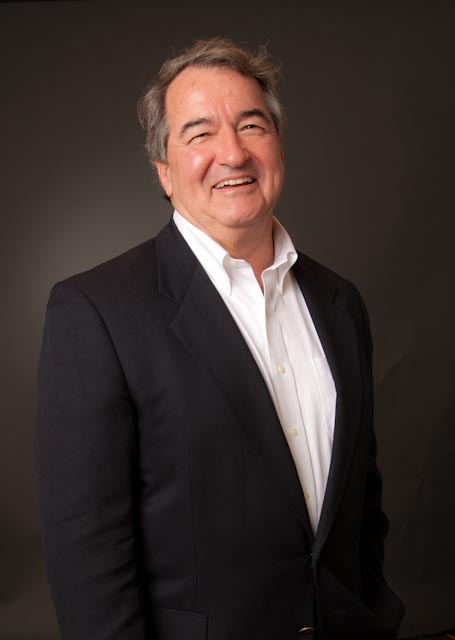 Dr. Pat Cooper, a longtime schools administrator highly regarded for reducing the achievement gap in high-poverty school districts, has been chosen to lead Lafayette Parish public schools and replace Superintendent Burnell Lemoine following his retirement at the end of December.

At a special meeting held Wednesday to select the new super, five members of the Lafayette Parish School Board - the simple majority necessary - voted in favor of Cooper, one of three finalists for the post. The remaining two candidates, Walter Gonsoulin, a New Iberia native and current assistant superintendent in Starkville, Miss., and Katie Landry, a current deputy superintendent in Lafayette Parish, received one vote and three votes, respectively.

The board followed with a unanimous vote to formally name Cooper as the next superintendent.

Cooper spent several years as a classroom teacher in Baton Rouge before working his way up the ranks in the state Department of Education. His roles at the state education department included overseeing a program for emotionally disturbed and autistic children and eventually serving as the assistant superintendent for special education services in Louisiana.

More noteworthy, however, is Cooper's 22 years of experience as a top education administrator and  drastically turning around graduation rates in districts where he's formerly served as superintendent. His model includes a coordinated school health program that focuses on poverty-stricken children from birth to 5 years old receiving solid developmental training - and health care resources - to ensure that underprivileged and often underperforming children are ready and able to learn when they begin public school.

Cooper's first superintendent stint was in West Feliciana Parish, where he developed and administered the first birth to 5 program in Louisiana and began a district-run family health clinic. West Feliciana Parish schools have been among the highest performing in the state since the start of those programs.

From there, Cooper took on the McComb, Miss., public school district, a system with 90 percent of its students living in poverty. During his 10-year tenure in McComb, graduation rates climbed more than 20 percentage points from 75 percent in 1997 to more than 95 percent when he left in 2007.

Since 2007, Cooper has served as CEO of the Mahalia Jackson Early Childhood and Family Learning Center in New Orleans, a post-Katrina birth to 5 facility under the umbrella of the Orleans Parish School Board that brings 17 state and national partner agencies "under one roof to perform one-stop' services for residents in one of the most impoverished and crime-ridden neighborhoods in New Orleans."

Referencing Maslow's hierarchy of needs, Cooper says achieving maximum potential means "you have to make sure you're physically healthy, have to feel safe, have to feel like you belong and have a sense of self-esteem."

"I think we have to do that process with a lot of these children," Cooper told the school board. "The mistake is that we let them get to school and they're so far behind already at 5 years of age."

Cooper admits that his interest in Lafayette Parish schools was heightened after serving as keynote speaker at the United Way of Acadiana's annual banquet in March. United Way's interest in education and some of the exact education initiatives that Cooper has successfully implemented also conform to the visions of civic organizations like the 100 Black Men of Greater Lafayette and the Lafayette Parish Education Stakeholder's Council (LaPESC), all of which played a role in Cooper's decision to apply.

"I think there's a lot of support here in the community if we ask for it," Cooper says.

United Way Executive Director Margaret Trahan says she never foresaw Cooper being interested in the job when UW brought Cooper to Lafayette in March. At the time no one knew there would be a vacancy to fill this year; Lemoine didn't announce his retirement until May.

"We brought him to help inspire people so they could be inspired to be involved in public education," says Trahan. "And he did a great job of that. But I'd like to think the oppenness and enthusiasm of his audience here inspired him as well. People were really receptive to his message."

Wednesday's meeting marks the end of a rigorous seven-month search by the school board for a new top administrator, a process that stakeholders tout as a monumental step forward in restoring confidence in the school system.

Trahan, also a representative of LaPESC, was one of two community stakeholders chosen to sit with the school board through the first 10 superintendent interviews. LaPESC and the 100 Greater Black Men of Lafayette were allowed to offer their recommendations to the board on their top three candidates. Cooper was named as a finalist on both groups' final list.

Chip Jackson, a 100 GBM member and the other outside representative selected to sit in on the interview process, called the community participation and board transparency "unprecedented" in Lafayette Parish.

Though Cooper has already heard from United Way, LaPESC, 100 Greater Black Men and others with high hopes for the new head of public schools here, he says there are 52 other public entities, organizations and people he plans to meet with in his first few months as superintendent.

The board has scheduled a meeting at 6 p.m. Dec. 19 to finalize Cooper's contract. He'll spend eight days in Lafayette in January before starting full-time Feb. 1.

"I think this is a win for the entire community," Trahan says.