The activity levels are ramping up for the Cajuns' Crescent City contingent as the R+L Carriers New Orleans Bowl draws nearer to kickoff.

NEW ORLEANS There is never a shortage of interesting tidbits, notes and items floating around the R+L Carriers New Orleans Bowl, especially with more and more UL Ragin' Cajun supporters descending on the Crescent City seemingly by the minute.

It's still two days until the Cajuns face San Diego State in Saturday's 8 p.m. contest in the Mercedes-Benz Superdome, but the pace of activity has ramped up noticeably over the past 48 hours and will continue to escalate through Saturday night.

The first true "fan" activity is Thursday at 9 p.m., when Cajun fans "Paint the Quarter Red." Fans are invited to meet at the team's New Orleans Marriott Hotel headquarters (555 Canal St.) and follow the UL Pride of Acadiana marching band as they "second-line" their way to the French Quarter.

That comes right after head coach Mark Hudspeth's radio show, which will air over KPEL-AM/Sports Radio ESPN 1420 from 7-8 p.m. and will originate from Walk-On's at 1009 Poydras St., only three blocks from the Superdome.

LOCKING IT IN: Now that the Cajuns are safely in their first-ever Division I bowl game, it can be revealed that UL director of athletics Scott Farmer accepted this year's New Orleans Bowl bid in February before he was even named as full-time AD.

Farmer, who in effect took over from David Walker last Dec. 31 when Walker's retirement became effective, returned to his "interim" office in mid-February one afternoon and found a hand-written note on his desk from bowl executive director Billy Ferrante.

"He was looking for David," Farmer says. "David was on the bowl executive committee and they needed to check with him on something."

Farmer called and got voice mail for Ferrante, who also serves on the staff of the bowl-sponsoring Greater New Orleans Sports Foundation. In a quick bit of inspired thinking, Farmer left a message saying something to the effect that "the Ragin' Cajuns accept your invitation to the New Orleans Bowl and look forward to seeing you there."

N. O. VETERAN: The bowl-game experience may be new to most of the UL players and athletic staff, but this New Orleans Bowl stuff is old hat to Lyle Williams.

The Cajuns' equipment manager, and younger brother of long-time supervisor of equipment Lynn Williams, has worked with the bowl since 2005, handling much of the equipment and transport services for both game logistics and the visiting teams along with several members of the UL equipment staff.

Now, he and they have their own team here.

"This is totally different," Williams says. "Before, the last few years, they just gave me the game plan and we tried to take care of all their needs. Now, I'm on the other end. I had to come up with the game plan. Before I didn't have to be prepared it was just sort of show up. This time, we had to be prepared with everything."

Williams first worked with the bowl staff during the unusual circumstances of 2005, when the ravages of Hurricane Katrina on the Superdome forced the New Orleans Bowl into a decision cancel or move out of the city. Bowl, Sun Belt Conference and UL officials were able to work out the game's relocation to Cajun Field that December, with Southern Mississippi beating Arkansas State in that contest.

When the game moved back to New Orleans the following year, the bowl staff invited Williams and the UL crew to take part once again, and they've been regulars ever since.

VISITING THE PALACE: The Cajun coaches, administrative staff and their spouses were still talking Thursday morning about their special Wednesday night bowl excursion.

Sun Belt commissioner Wright Waters annually hosts a dinner for the staff and families of the league representative in the New Orleans Bowl, and the long-time league boss and former Cajun athletic staffer has never done this gathering in anything other than a first-class manner.

Wednesday was no exception. The busload of staffers had a seven-course meal at the world-renowned Commander's Palace including a cocktail hour beforehand.

"The food just kept coming," says Darren Walker, UL's video coordinator. "But it was so good you couldn't stop eating."

"As nice an event as I've ever been to," says UL director of athletics Scott Farmer, who also used the occasion to honor and make a presentation to Waters for his service to the conference. Waters, who became commissioner in 1998 and was the driving force behind the Sun Belt adding football in its most significant step in league history -- is retiring effective June 30.

SPEAKING OF FOOD: A familiar face to long-time UL athletic followers was in the back of the Superdome Wednesday after the Cajuns' practice session, and he was handing out jambalaya good jambalaya, too.

Kevin Preau, a former UL baseball player and one of the few Cajuns ever to be an opening-day starter for four straight years, was stirring a large pot while staffers were handing out trays to the UL players. It was partly in support of his former school, but also to promote a line of products he and his family have developed.

Preau's father Paul Preau opened ADGAS Outdoor Cooking Products in 1977 and was an industry innovator in gas grills and attachments, but he also made a name for himself with the jambalaya that he'd produce from scratch on those devices.  Joe Cahn, the founder of the New Orleans School of Cooking and football tailgating guru, gave Preau his early jambalaya background, and a few years ago Preau developed a dry mix that closely simulated his original from-scratch recipe. 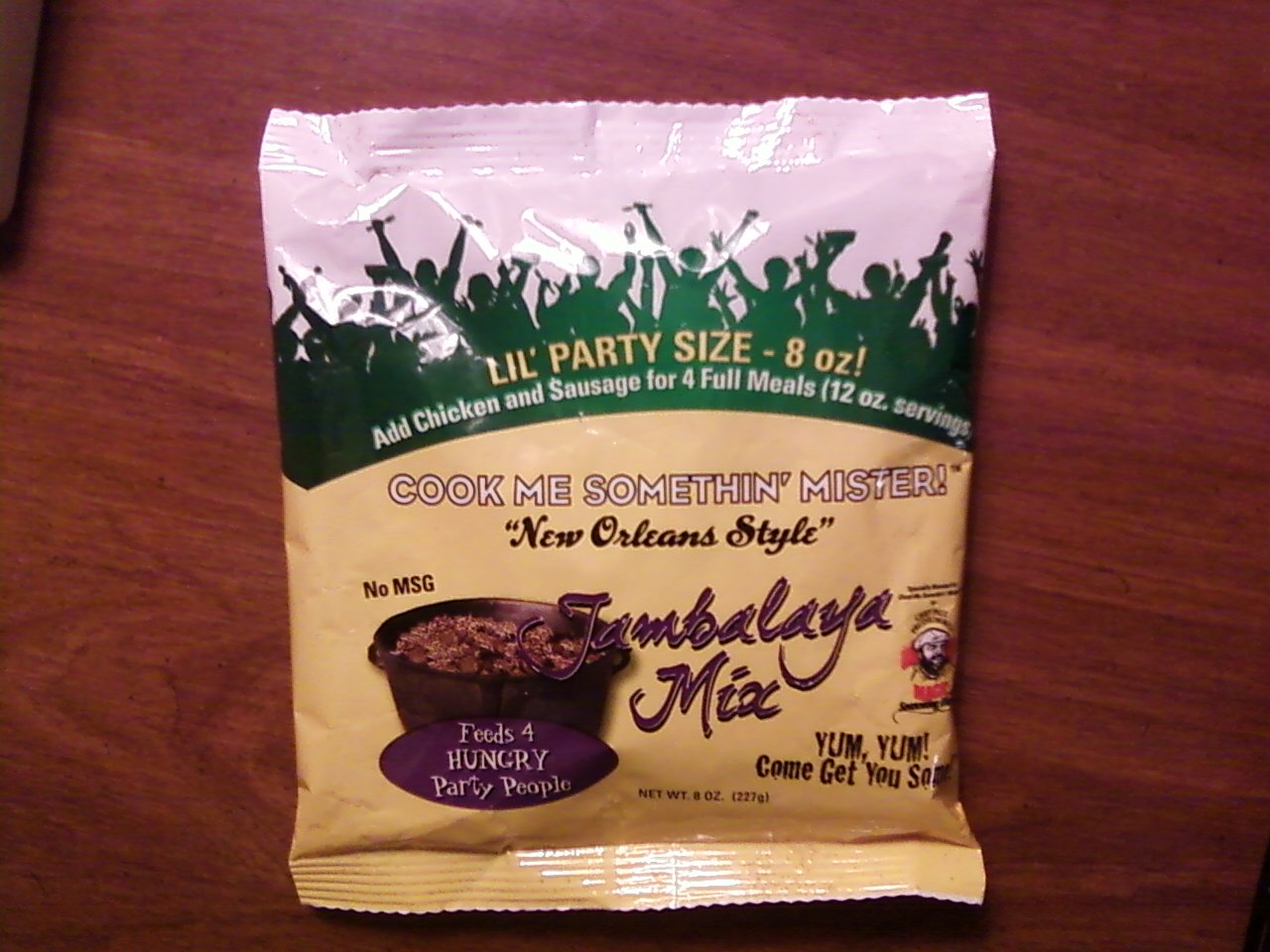 Now, that mix is packaged as "Cook Me Somethin' Mister" Jambalaya as part of Magic Seasoning Blends, owned by New Orleans chef Paul Prudhomme. It was released in the spring of 2010. Kevin, who grew up cooking with his dad, joined the family business after graduation, while sister Kristen uses her background in marketing and business development as the president of "Cook Me Somethin' Mister."

The family works together in their New Orleans office, promoting the jambalaya mix for retail and food service year-round. Products and information are available at www.cookmesomethingmister.com.

"It's great to see these guys down here, playing a bowl game in my home town," Kevin says. "Having played there, I have a good idea what they went through to get here, so it makes this even more fun."

FOR THE GOLFERS: Les Vieux Chenes head golf professional Todd Robertson is offering a nice gesture to Cajun fans attending this weekend's New Orleans Bowl who may also be looking to get in a round of golf during their Crescent City trip.

Robertson, pro at the Lafayette city course for several years, is helping fans make arrangements to play at some New Orleans-area courses. Any fans who would like to take part may contact Robertson at Les Vieux Chenes at (337) 837-1159.

"It's our way of thanking those that are supporting the team," Robertson said via e-mail. "Good luck to the Cajuns "