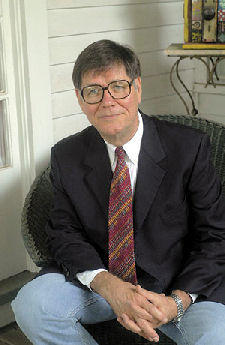 Retiring schools Superintendent Burnell Lemoine was all smiles Wednesday night when he playfully pointed out that it was "definitely" his last school board meeting, but the list of worthy initiatives Lemoine leaves behind as he prepares for retirement at the end of this year is no farce.

Lemoine, who has served as superintendent of Lafayette Parish since 2007, told board members Wednesday night that just like all superintendents, "you hope you leave the system in a better position than the system was when you first came in."

"I think I've got that gratification," Lemoine said just minutes before the board selected Pat Cooper as the next superintendent beginning Feb. 1.

Board President Mark Babineaux touted numerous programs Lemoine's tenure will be remembered for, including Schools of Choice, the Early College Academy, David Thibodaux Career and Technical High School, the high-quality PACE program to foster arts in schools, credit recovery initiatives and, among others, restructuring the transportation department for a savings of $1.5 million.

"Thank you for your dedication," Babineaux told Lemoine before presenting him with a plaque from the board.

Lemoine also noted that the most recent school board audit listed only one issue in the district's bookkeeping, a near complete turnaround from the 17 audit findings he says were listed in 2007. Other accomplishments include trimming $2 million from the central office budget and saving an additional $11 million by realigning the district staff. Federal and state grants, Lemoine says, have risen from $33 million in 2007 to $58 million as of Wednesday.

"All of those dollars are some of the things that help us have the incredible programs we have in Lafayette Parish," Lemoine says. "I wish the next superintendent the very best. They're getting a system that I think is tops in the state of Louisiana."