A dispute over renaming a major Lafayette street after civil rights leader Dr. Martin Luther King Jr. is "boiling over" into issues beyond road signs. 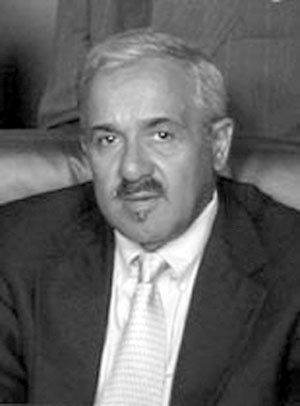 An attempt to rename a Lafayette street in honor of Dr. Martin Luther King Jr., the slain civil rights leader who preached a message of racial equality and unity, has degenerated into accusations of racism and talks of dissolving Lafayette's consolidated city-parish government.

"It's kind of like a pot boiling over," says community activist Joe Dennis. "When it boils over, you don't know how much is going to boil over, and where it's going to go. This thing is not going to go away, and a lot of people are thinking, 'Well I'm going to stay on the sideline, and I'm not going to be pulled into this.' But you'll be surprised what something like this does. It's going to wind up involving everything else."

Councilman Louis Benjamin first brought a resolution to change the name of Willow Street to Martin Luther King Drive last September. Benjamin and Councilman Chris Williams ' the only two African-Americans on the council ' were the only councilmen to support the name change. And they have not let the issue die quietly.

At last Tuesday's council meeting, the proposition to have a major thoroughfare named after King failed for the fourth time, with votes on the nine-member council again falling seven to two along racial lines. The meeting drew out a number of supporters for the name change from across the state, who indicated that they did not intend to back down on the issue.

At the meeting, a frustrated Benjamin asked city-parish attorney Pat Ottinger to direct him on the process to revert Lafayette back to separate city and parish governments. Ja'Nelle Chargois, a local representative of the National Association for the Advancement of Colored People, later announced plans for a town hall meeting to rally support to undo Lafayette's city-parish charter. Backers of the street name change are also considering the possibility of filing a civil rights lawsuit against the city.

The seven white city-parish councilmen say they are reluctant to rename Willow Street in honor of King because of the disruption and financial burden it will place on the street's businesses and residents. Council chairman Rob Stevenson says even when the 911 emergency center recommends street name changes due to confusing name duplications, residents are still reluctant.

But several black community leaders who support the issue say the council is using financial constraints as a convenient excuse. Dennis says, "Even if somebody would come up with some way to pay [the address change costs], I still don't believe [the council] would support it."

John Bess, a teacher at Youngsville Middle School and the host of Voices of African Americans on Acadiana Open Channel, says a majority of the councilmen have no interest in having a prominent tribute to King in the city.

"You see no reverence, no caring whatsoever," he says. "When I got up and spoke at [last week's council] meeting, I saw some smiles, but I saw no understanding of what the people had said before me, or of what I was saying. I saw a solemnity with them that said, 'We have made up our minds; we are not going to change the name of the street, and that's it.'"

Stevenson says that white councilmen have tried to compromise. He says counter proposals to name a future I-10 frontage road, rename Simcoe Street, which runs through Benjamin and Williams' majority black districts, or dedicate a section of a road as a memorial to King have all "been thrown back at us."

Councilman Bruce Conque wrote in an editorial that he met with interested parties to try and resolve the issue but said that Williams and Benjamin "have continued to play the race card in the public arena and destroyed any hopes of shaping a compromise."

Conque says Williams and Benjamin have done little to reach out to other councilmen. "You have one side saying it's Willow and nothing else," he says. "There is no compromise. There are no negotiations. To this date, neither Chris nor Louis has discussed it with me one-on-one."

The stage was set for controversy before the issue even surfaced. When the first resolution to rename Willow Street came before the council, many north side residents were still bitter over prior council actions that transferred funds away from I-10 frontage roads and the Committee to Rebuild Lafayette North.

Bess says if the council can't respect the north side's wishes on the renaming of a street, he sees little hope in their ability to look after the area's infrastructure and economic concerns. "From what I see, the councilmen, for whatever reason, they don't see the greatness of Dr. Martin Luther King," he says. "This is a symbolic gesture. It's the least [the council] could do. If you can't do the symbolic thing, and if you're going to act arrogant and put forth that arrogant overseer type mentality, then you can only expect hostility from those you seek to lord over."

Conque says he just wants the council to move on. "The one thing we have to do," he says, "is not let this issue adversely affect everything else we do. This is one issue. We have two years left on this council in which we have to address many other needs of the community."

But the issue isn't going away. Last week on radio station KJCB, Councilman Benjamin, along with Chargois, reiterated that Lafayette likes to pride itself on being progressive, but it could soon find itself getting national attention for being stuck in reverse.

"It seems like a tyranny of the majority at the Lafayette city parish council," Bess says. "And I think this issue will only get more steam and get hotter until we have a reasonable solution and a resolution that includes all of the councilmen."

"I don't know what the answer is," Dennis adds. "But my gut tells me that this issue is not going to go away, and it's going to cause a lot of problems for this city. The feeling of the community is that this whole thing should have been handled better. It's something that has exposed some things that people thought would all be behind us."