An autism diagnosis isn't the end of the world - it's the beginning of a journey. Ask Cal and Melissa Stevenson.

An autism diagnosis isn't the end of the world - it's the beginning of a journey. Ask Cal and Melissa Stevenson. 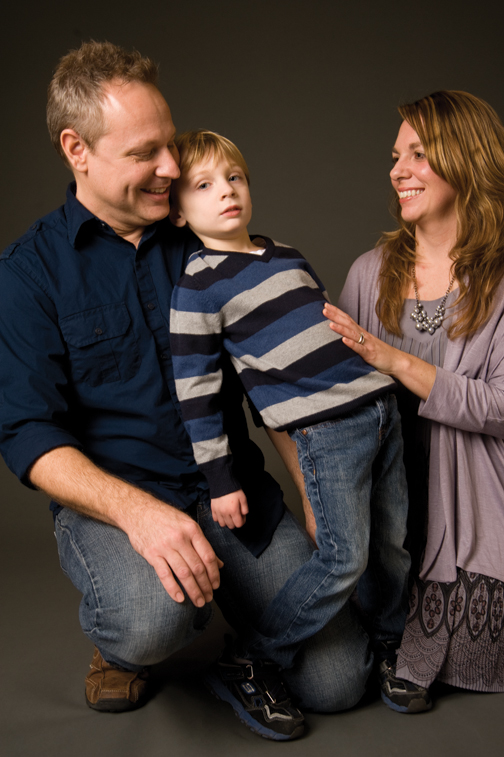 Beckett Stevenson is by most appearances a regular 5-year-old boy. He's squirmy and capricious, energetic and mischievous, mercurial when the mood strikes.

But beneath the blond mop and behind the piercing blue eyes is the mystery of autism, an invisible and impenetrable gauze separating him from the social world around him.

His parents, Cal and Melissa, have taken on the challenge of their son's autism with aplomb. But it didn't start out that way.

"It's been a process," Melissa confesses. "At first we were in denial, and then we were mad and then we were sad, and then at some point you just have to accept it - to go with where he is and try to give him the best life and opportunities and help him out as much as you can."

Beckett was my next-door neighbor for the first three-plus years of his life - the Stevensons have since vacated the hurly-burly of sirens and traffic buffeting my neighborhood near Four Corners for the suburban quiet of Youngsville - and it was obvious by the time he toddled that something was different. He made no eye contact, seeming neither shy nor suspicious of my neighborly ingratiations over the backyard fence. A boy distant. Aloof and detached.

Melissa says they began to suspect something was amiss when Beck was about 18 months, that age when language begins to spill from children and a curiosity about the world animates them. But Beck was their first child, and Cal admits they probably missed clues more experienced parents may have noticed sooner.

Beck still rarely sleeps through the night. He doesn't string together words and grammar to make sentences. He doesn't read. He remains a conundrum to the casual observer. But he has gotten over the profound agitation he used to experience hearing people converse. Voices communicating - his parents, people on television or the radio, in a shop or on the street - sent him into a rage.

He receives speech- and occupational therapy at a clinic, at home and at his elementary school, Ernest Gallet in Youngsville. It's a regimen that would test the most devoted parents. Cal has since quit his job at a media production company to be a self-employed musician and producer, working at home when he isn't shuttling Beck to and fro. Melissa teaches music at Ascension Preschool in River Ranch. She does a lot of shuttling, too. They're dealing with it.

Therapy won't cure Beck - there is no cure for autism, just an alarmingly steady increase in diagnoses, mostly in boys, over the last 25 years - but it does help him cope with the maddening world around him. It also helps Cal and Melissa adapt to Beck's eccentricities, to make his world easier to maneuver through.

"You try to do the best you can for him," Cal says. "You have to find a balance between all the therapies and all the stuff you have to do because he's autistic and also enjoying him."

"And letting him just be a kid," Melissa quickly adds.

Melissa: "And you never feel like you're doing enough." 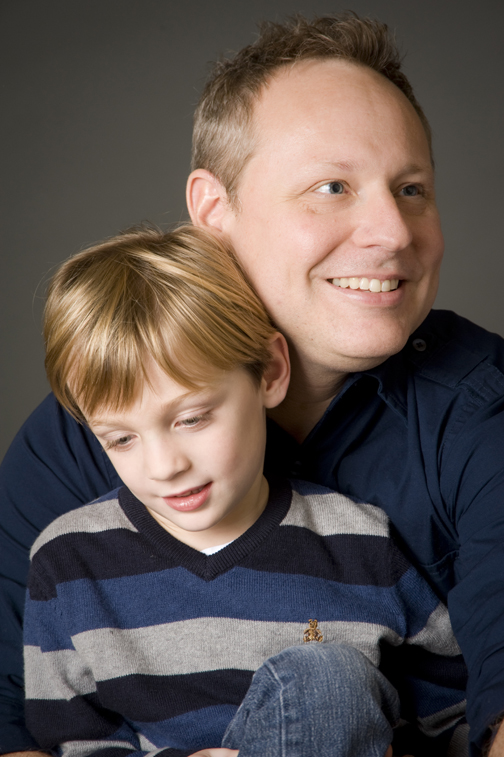 Cal and Melissa can be their own judges about whether they're doing enough. But they are doing a lot, including raising awareness about autism through words and music.

Last month Melissa began a blog detailing her and Cal's experiences raising an autistic child. It's titled "Our Life in Pieces," a riff on the puzzle piece - for that missing component that may one day signal a cure for autism - adopted by the autism community.

Both Stevensons have music degrees from UL and are widely respected in the Hub City's roots music scene. Once Melissa moved through the stages of accepting Beck's condition, she wrote a song about her autistic child - "Pieces," a heartbreakingly beautiful folk-rock song that is available for download for .99 cents at CD Baby, Amazon and on iTunes. Melissa provided vocals while Cal performed all the instruments and produced the song, and he recently completed and posted to YouTube a video to accompany it. (The video is embedded below.)

"Pieces" was written as a private composition - more a coping mechanism never intended for public consumption.

"We thought, We're not going to do anything with this - it's too personal,'" Melissa says. "But then we thought, Maybe we can put this out there for people to hear, so people can relate.' It's not just about autism - anyone can relate to it, really."

The couple's embrace of Beck's autism doesn't stop with just putting the song out there: Half the proceeds from purchases of "Pieces" goes to the Autism Society of Acadiana, which Melissa says has been invaluable in their transit from despair and anger to acceptance: "It's so helpful just to get the emails and the information from them and having the opportunity to talk to other people who are in the same situation."

Read Melissa Stevenson's autism blog, "Our Life in Pieces," by logging on to StevensonsLifeInPieces.blogspot.com. Links for purchasing a download of "Pieces" are provided on the blog and the video is embedded there as well. The Autism Society of Acadiana can reached by calling 235-4425 or by logging on to its website, AcadianaAutism.com.

You have to find a balance between all the therapies and all the stuff you have to do because he's autistic and also enjoying him.
- Cal Stevenson