InventureWorks has found a home in Gordon Towers on Vermilion Street, overlooking the atrium of what was once a very attractive old hotel. Now it houses businesses ranging from Poupart's Bistro to a shoe shine stand, all of which began as dreams and ideas.

**Two new Lafayette start-ups are a one-stop shop for transforming dreams and ideas into viable products.
By Anna Purdy and Heather Miller
Photos by Robin May
** 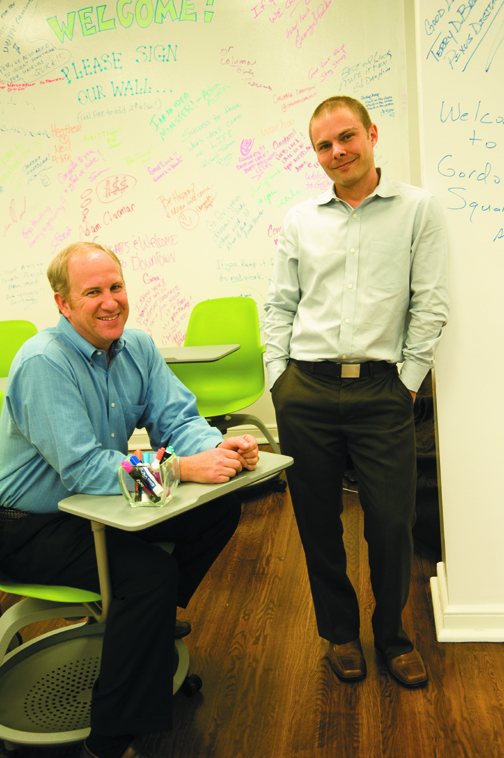 InventureWorks has found a home in Gordon Towers on Vermilion Street, overlooking the atrium of what was once a very attractive old hotel. Now it houses businesses ranging from Poupart's Bistro to a shoe shine stand, all of which began as dreams and ideas.

The mission of the new downtown company is to help people take their dreams and ideas and turn them into an enterprise, a concept that's almost identical to another new Lafayette start-up, IDEA2 (called "idea squared").

InventureWorks owners Pete Prados and Neil Mason are Louisiana natives who have been developing software systems for various businesses for years. After conceiving, achieving and eventually selling off these different systems, they began to wonder what good ideas were percolating out there in Acadiana, and in the rest of the world for that matter, that weren't coming to light because the person who conceived them had no outlet.

In other words, how do you start a business or bring a product to store shelves with no money and no map to success?

This is where InventureWorks and IDEA2 come in.

"We do a free consultation, meet with them, find out what their dreams and aspirations are," says Prados. "If they just want professional services, we can do that. If they want to bring an idea to market and don't know how we can walk them through the patent process, licensing and then actually make those connections for them.
Capitalizing on their respective backgrounds in marketing and engineering, IDEA2  owners Andrew Klenert and Will Mast say their services bring innovators "from the beginning to the end" of their ideas.

"Someone can come to us with a napkin sketch, and we'll take it from there," says Mast, also the owner of WMD2 engineering firm in Lafayette. 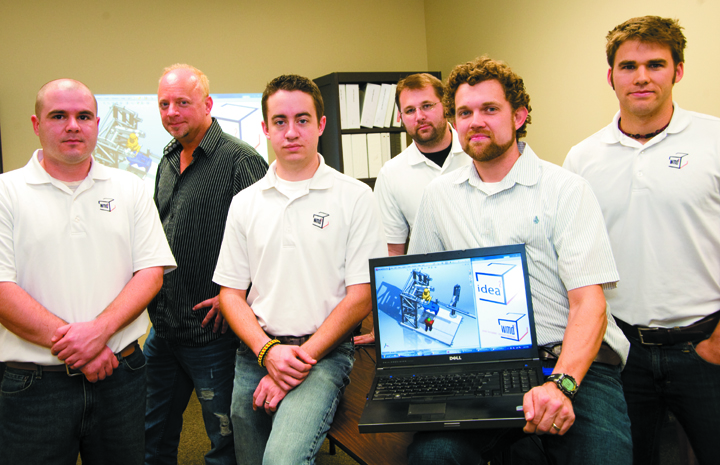 Among the list of current clients at IDEA2 are a doctor with an idea for a life-saving medical device, Klenert says, and a man who's been experimenting for years with a product for dog owners.

"These are both cases in which they either tried and tried and hit dead ends, or fiddled with it for years and couldn't quite get it right, and we've taken them from there," Klenert says. "We're moving full-steam ahead."

IDEA2 has been working with the Manufacturing Extension Partnership of Louisiana, a nonprofit program at UL Lafayette that provides services to manufacturers, inventors, entrepreneurs and start-up businesses. Rebecca Scherff, director of the advanced materials laboratory at MEPOL, says in addition to in-house services, the program provides grant money for inventors who qualify then connects them with consultants like Mast and Klenert to see it through.

"We want to help other people be successful," says Prados at InventureWorks. "We worked with our marketing team, with LEDA, to see if the idea for this business made sense and it was a resounding yes."

Adds Mason, "It can be anybody. It can be a random Joe on the street, it can be a business that's failing who maybe doesn't have a really good plan in place - anybody who needs those business services, it's open to almost anyone."