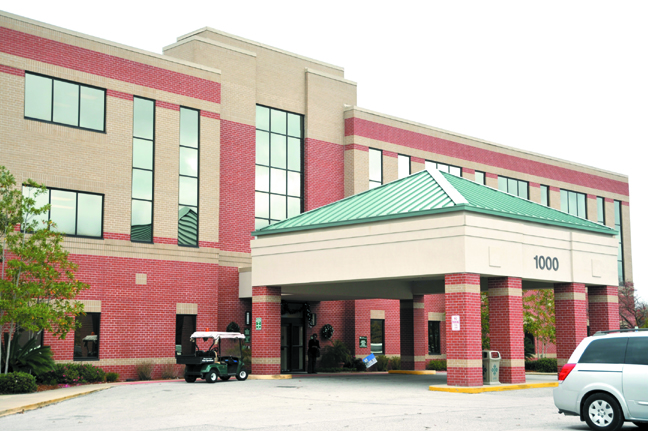 Right around the corner from Lafayette General Medical Center's newly renovated hospital is a just completed nearly $4 million medical office space expansion. Lafayette Investment Group, a joint venture between LGMC and a group of physician investors, funded the project, which added more than 24,000 square feet to the existing facility at 1000 W. Pinhook Road. This brings the space to more than 84,000 square feet, including 64,000 square feet of medical offices. The Lemoine Company served as contractor for the project, with WHLC Architecture from Baton Rouge the architect.

The three-story medical office building expansion started in January 2011 and finished just before Thanksgiving. This project adds valued office space on the second and third floors, expanding the existing building. The second and first floors are both shelled at this point, and Lafayette Investment Group has not yet identified who the newest building tenants are going to be. Plans for the first floor include a surgery center, another joint venture between LGMC and physician investors.

Open in 2004, the existing medical office building quickly maxed out to capacity for its medical office space, with all of it occupied by 2005. This expansion is the result of the growing demand for medical office space in the Oil Center. LGMC CEO David Callecod credits the vision of Clay Allen, LGMC board chairman, for years ago developing what he calls a "gravity model," with LGMC as the "gravitational point." Allen's plan to bring more physicians on campus has succeeded two-fold. By expanding on the initial joint venture concept of Lafayette General Surgical Hospital with an associated office complex developed by Lafayette Investment Group, the amount of campus office space leased by physicians went from 47 percent before his appointment to 99 percent since his tenure as chairman.

Next to the hospital, LGMC just renovated the Townhouse at 111 Auditorium Place for its fitness/wellness center. The hospital is leasing the building from businessman/landman Art LeBlanc, who bought the property in 2004 and converted the space into a restaurant and catering business. LGMC relocated the center from the corner of Heymann Boulevard and South College Road to the building across from the Heymann Center. With the increased space, the fitness/wellness facility will add Pilates and spinning classes and a juice/supplement bar with Wi-Fi access.

Lafayette Investment Group's expansion down the road, fronting Pinhook Road and flanked by Audubon and Travis streets, is the latest major construction project in the Oil Center. Occupying the third floor are the first tenants of the new building, the medical practices of Dr. Philip Gachassin and Dr. Dennis Eschete, and LGMC's Bariatric Program for weight loss surgery. Drs. Gachassin and Eschete's busy general surgery practice is relocating from its current second floor location to a much larger suite above.

Next door will be LGMC's Bariatric Program, which recently received a Center of Excellence designation for weight loss surgery. LGMC's Bariatric Program is relocating into the new addition so that it will be more convenient for customers to complete their nutritional, behavior modification and post-op care education. Follow-up post-operative care after weight loss surgery is essential to maintain the benefits from bariatric surgery. This comprehensive approach helps to ensure the success of patients in the program.