Professor John Oller, a champion of creationism and its lab coat-clad cousin, Intelligent Design, has filed suit against UL alleging that fellow members of the Communicative Disorders Department have marginalized him. 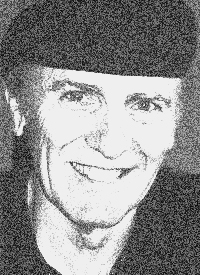 UL linguistics professor John Oller
attended a conference at the Creation
Museum in Kentucky, which includes
depictions of dinosaurs and humans
coexisting. Oller has also served as
an invited speaker at a conference of
the Society for the Advancement of
Creation Science at Mississippi State
University, and is a regular article
contributor for the Institute for
Creation Research.

Professor John Oller, a champion of creationism and its lab coat-clad cousin, Intelligent Design, who also trumpets discredited theories about the link between autism and childhood vaccines, has filed suit against UL alleging that fellow members of the Communicative Disorders Department have marginalized him.

As first reported in The Advocate, Oller claims in the federal civil-rights suit that his daffy positions on evolution and autism have led to reductions in his class sizes, the banning of his self-authored textbooks, a lack of lecture opportunities and a general ostracizing by his fellow professors, some of whom Oller claims have urged him to leave the university.

Oller writes a blog in which he pushes his theory about autism. A 2010 book authored by Oller, The Autism Epidemic and Related Issues, was graced with a forward written by Andrew Wakefield, the British (former) physician who first began disseminating the idea that the measles-mumps-rubella vaccine causes autism. It was later discovered and reported early this year in the British Medical Journal that Wakefield was being paid by a law firm that was suing the maker of the MMR vaccine and at the same time Wakefield hoped to introduce his own measles vaccine. The British medical journal Lancet later retracted Wakefield's original article after Wakefield was found guilty of professional misconduct and had his medical license revoked.

A linguist by education, Oller has no expertise in immunology or biological sciences, yet he continues to press his various causes.

He has also become a regular "expert" speaker before the state Legislature on the behalf of the Louisiana Family Forum in its attempts to insert Intelligent Design inTO the high school biology curriculum - again, with no expertise in biology.

For more on his discredited theories on subjects about which he has no academic or scientific expertise, read this take down from January by Change.org.

"No credible academic institution should support a theory that is so widely discredited, especially one that has already resulted in the resurgence of vaccine-preventable diseases and deaths."
- Brie Cadman, health editor, Change.org