When the going gets tough, the tough prove their metal. Four bands from Germany, D.C., Baton Rouge and Lafayette play tonight starting at 7:30 p.m. 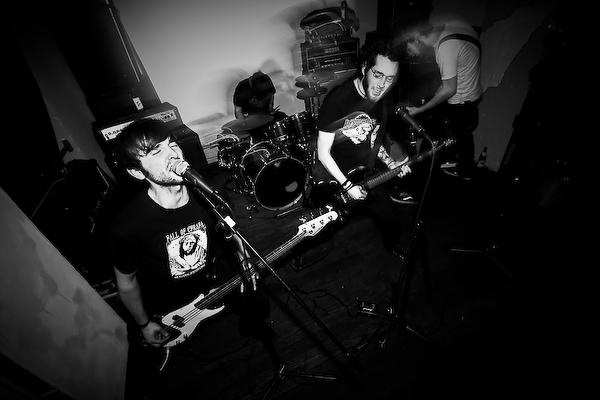 When the going gets tough, the tough prove their metal. Four bands from Germany, D.C., Baton Rouge and Lafayette play tonight starting at 7:30 p.m.

Feed & Seed is across the tracks right behind Grant Street Dancehall. Tonight's show is an all-ages show so music fans under 18 years old can mosey right on in. Doors open at 7 p.m. and the show is expected to end around 11 p.m.

Downfall of Gaia is a hardcore band from Hamburg, Germany. The sound is what American ears have come to love about German metal - the crusty, atmospheric sound with a spooky feel, like a painting falling from a wall in a room you just walked through.

The band Vestiges is from Washington, D.C., a city long known for its awesome metal scene. The sound is much like Downfall, very screamo and haunting. The two bands have been touring together down through the Atlantic Seaboard and through the South.

The last two are Thou and Red Shield. Thou is from the red stick city down the road and Red Shield hails from our own town. All four bands fall into the different genres of metal with some crossovers, but suffice it to say all are on the extreme end of metal. None are bands to see if the last metal band you really loved was White Lion.