After admitting "a serious sin," U.S. Sen. David Vitter's political future ' and its effect on the Louisiana Republican Party ' is cloudy. 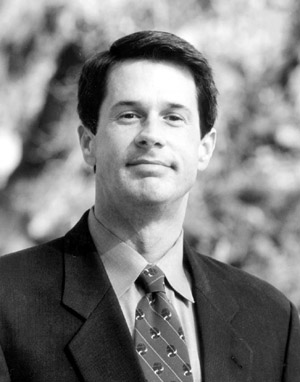 On the heels of his announcement that his phone number was on the infamous D.C. Madam's list and that he'd committed "a serious sin in his past," U.S. Sen. David Vitter last week faced a non-stop barrage of one embarrassing revelation after another. The news that Larry Flynt and Hustler magazine prompted Vitter's admission. The notorious New Orleans Canal Street madam Jeanette Maier surfacing and telling The Times-Picayune that Vitter also frequented her brothel. And in her unsubstantiated account, she specifically mentioned that Vitter favored a prostitute named Wendy Cortez ' whom Vitter has repeatedly, heatedly denied being with over the years. This was music to the ears of Vitter's old nemesis Vincent Bruno, a member of the state Republican Party's central committee who's calling for Vitter's resignation.

Vitter's problem is that he painted himself so far into a corner over the years with his denials and hard-line social conservative stances that his credibility has been destroyed. Even high-level state Republicans seemed to acknowledge that fact; consider what major GOP fund-raiser and New Orleanian Boysie Bollinger told reporter John Hill: "We had discussed the exact fact that this bomb could go off any time in the campaign, and it did not," said Bollinger. That's hardly a vigorous defense or the way a friend tries to help someone get the wind back in his sails ' leaving him twisting in the wind is more like it.

The lack of Republican support for Vitter through most of last week was palpable. For three days, there was conspicuous silence from some of the state's top Republicans, including party Chairman Roger Villere and gubernatorial candidate Bobby Jindal. Finally, last Friday marked a concerted effort by the state Republican Party to circle the wagons and muster some defense for the embattled senator. A number of Republican officials ' including Secretary of State Jay Dardenne, U.S. Rep. Jim McCrery of Shreveport and U.S. Rep. Charles Boustany of Lafayette ' issued non-committal, cautious statements. "David and his family are going through a difficult time, and my thoughts and prayers are with him," said Boustany.

Politically, the timing is especially damaging for Vitter. While he isn't up for Senate re-election until 2010, his star had been rising in the Republican Party of late thanks to his leadership role in the Republican revolt to defeat President Bush's immigration bill. And Vitter was widely speculated to be angling for the VP slot should former New York mayor Rudy Guiliani win the Republican Party's presidential nomination. Vitter's already angered social conservatives in Louisiana by endorsing the pro-gay rights and pro-choice Giuliani, so his affair revelations are sure to cut into the 42 percent of the Acadiana vote he received in his 2004 win over former U.S. Rep. Chris John.

As a barometer of Vitter's current standing with social conservatives, The Christian Conservatives for Reform, a Metairie-based organization that has long supported Vitter, is joining Bruno in calling for Vitter's resignation. The Rev. Grant Storms, who heads the organization, told the Associated Press, "When Bill Clinton fell ... we said 'resign,' when William Jefferson was indicted we said 'resign.' Now it's one of our people, and we need to be consistent and say, 'David, do the right thing and resign.'"

The once-powerful Louisiana senator finds himself political kryptonite for fellow Republicans. And no one has as much at stake in the Vitter fallout as gubernatorial candidate/U.S. Rep. Bobby Jindal. Vitter and Jindal have been close allies since 2003, endorsing each other in every race they've run since then. In February 2007, Jindal issued this statement, which was prominently featured on his Web site:

"I wanted to share some great news with you. This morning, U.S. Senator David Vitter declared his support for our campaign for Governor. David has been a strong leader for our state. It means a lot to have his support at this crucial time.

"David knows all too well that we need strong leadership in Louisiana," continued Jindal. "I have been working closely with David in Washington, D.C. to ensure that our state has all of the resources it needs to move forward. But unless we have strong leadership making the critical decisions on the ground in Louisiana, our state will be unable to advance and compete with other states. ... I am committed to moving our state forward, and I look forward to continuing to work with David to address the real issues facing Louisiana."

Last week, Jindal's Web site was scrubbed clean of every reference to Vitter, including his endorsement. Jindal waited until Friday night to offer a tepid statement regarding Vitter:

"While we are disappointed by Sen. Vitter's actions, Supriya and I continue to keep David and his family in our prayers," Jindal said, referring to his wife. "This is a matter for the senator to address, and it is our hope that this is not used by others for their own political gain."

It won't be easy for Jindal or Vitter to sidestep further questions about Vitter's indiscretions. The senator went into hiding last week and remained silent after his initial statement, while allegations surfaced from the New Orleans madam ' as well as detailed accounts of a woman claiming to be prostitute Wendy Cortez, who gave The Times-Picayune a lengthy, detailed accounting of her relationship with Vitter. (At press time Monday, Vitter made his first public appearance since the scandal broke, saying the New Orleans allegations weren't true. He declined to answer questions from the media.)

Ultimately, Vitter has only one question to answer: will he put party loyalty over family loyalty? Is he willing to put his wife and four school-age children through three more years of uncomfortable questions and media headlines? If he doesn't resign, he'll likely be relegated to a role outside of the spotlight with no legislative pull, dutifully serving out a painful and dull political exile. That doesn't sound like David Vitter.