Angela Cring, who has been in a management role with the Louisiana Gulf Coast Oil Exposition since 2009, most recently serving as planning and technology director, has assumed the reins as executive director. Cring replaces Sally Ware, who retired after serving almost 32 years. 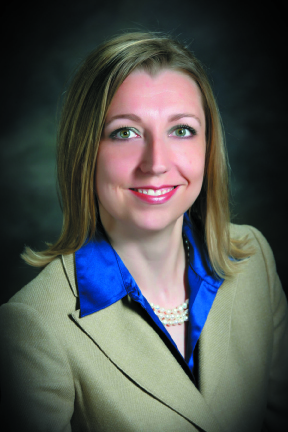 With Ware's help, Cring effectively directed the sellout 2011 show and will assume control over the successful exposition in 2013.

"Angela's experience as a geologist and years in LAGCOE management make her an ideal leader to move us forward," Lawrence Svendson, LAGCOE 2011 chairman and operations manager at Marlin Energy, said in announcing the appointment. "Her expert analysis and planning delivered technological advancements which keep LAGCOE at the forefront, poised for growth and development."

Originally from Alexandria, Cring has a bachelor of science in environmental geology and political science from Millsaps College and a master's degree in geology from the University of Mississippi. She has experience both in the public and private sector, having worked for the U.S. Geological Survey and as a geo-hazards geologist.

Cring is a graduate of Leadership Lafayette Class XXIV and is active in the community, volunteering for the Delta Delta Delta Sorority for more than 10 years, St. Barnabas Church, Junior League of Lafayette, The Leadership Institute of Acadiana and Millsaps College.

Svendson said Ware "leaves a legacy of progress and success produced by her tireless efforts within the organization since 1980. She will be remembered for graciously leading hundreds of experienced volunteers to produce one of the largest oil and gas expositions in the U.S. for 32 years."