There are no easy answers to the question of how to make I-49 South a reality and get this vital project built sooner rather than much later or not at all. 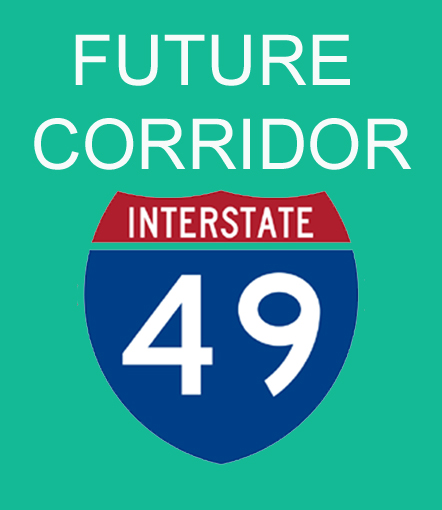 Louisiana has hundreds of needed road projects, the most important of which is the completion of Interstate 49.  I-49 North from Shreveport to the Arkansas line will be completed relatively soon.  Now we need to get serious about the much more expensive ($5.2 billion) completion of I-49 South.

How can we afford I-49 South without ignoring the state's many other infrastructure needs?

The I-49 South project is basically an upgrade of U.S. Highway 90 to interstate standards.  U.S. 90 runs 140 miles from Lafayette to the Westbank Expressway in New Orleans, passing through nine parishes containing 36 percent of Louisiana's population. U.S. 90, AKA "America's Energy Corridor," is one of the nation's top 10 industrial corridors and provides access to four of the seven deep draft ports in Louisiana and nine airports with fixed based operations.

Eighty percent of the nation's offshore oil and gas supply, almost 30 percent of the country's energy consumption, comes from or through Louisiana.  U.S. 90 makes this possible. Unfortunately, U.S. 90 has been operating over capacity for years, and by 2030 the deterioration will cause it to fail completely.

Completion of I-49 North and South will ensure that Louisiana can continue to meet America's energy needs, create an international north-south trade corridor from the Louisiana Gulf Coast to Canada, keep our ports from losing business to Houston, improve hurricane evacuation, relieve traffic congestion, save lives and create over 100,000 jobs. These benefits will help the entire state.

So where do we get the money to finish I-49 South? The state does not have it; nor could we borrow it, even if we wanted to, under our constitutional debt limit.  The feds have their own budget problems, starting with $14 trillion of sovereign debt.  That leaves one possibility: someone else.

That "someone else" might be an infrastructure investment fund.  An IIF raises funds from private investors to finance, design, build, operate and maintain a public project through a public-private partnership (PPP) in exchange for a return on the investment, usually 5 to 7 percent per year.  A PPP is not a privatization; the government entity retains full control and ownership of the project.

The PPP model is not new.  Many of the post-WWII roads in France, Italy, Portugal and Spain were built through PPPs.  Australia began using PPPs in the 1980s and Latin America in the 1990s.  Today PPPs can also be found in Canada, Europe and, yes, even the United States.  The LBJ Freeway Express Lanes in Dallas, I-595 in Florida, 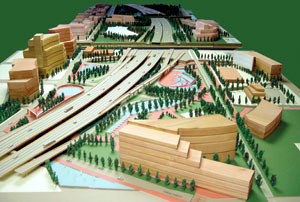 Model of proposed design for I-49 through
Evangeline Thruway corridor

Virginia's Dulles Greenway Highway and the Chicago Skyway Bridge are just a few of the projects built by IIFs through the PPP model.  New York is presently considering one for a new $5.2 billion Tappan Zee Bridge.

There is, of course, no free lunch.  An IIF expects a return on its investment, which would require Louisiana to come up with a guaranteed income stream over the life of the PPP. A portion of the state's capital outlay budget could be dedicated to the project but it won't be enough.  The only other option is tolls, which is typically how PPPs are funded.

Support for tolls or a PPP for I-49 South could be mixed, as some will see tolls as a tax increase, and others will worry about allowing a private entity to manage a government asset.  These are legitimate concerns, and perhaps a vote of the people would be in order.  Much support or opposition would likely depend on the actual terms of the PPP, which must be transparent.  But I do know this:  There are no easy answers to the question of how to make I-49 South a reality and get this vital project built sooner rather than much later or not at all.