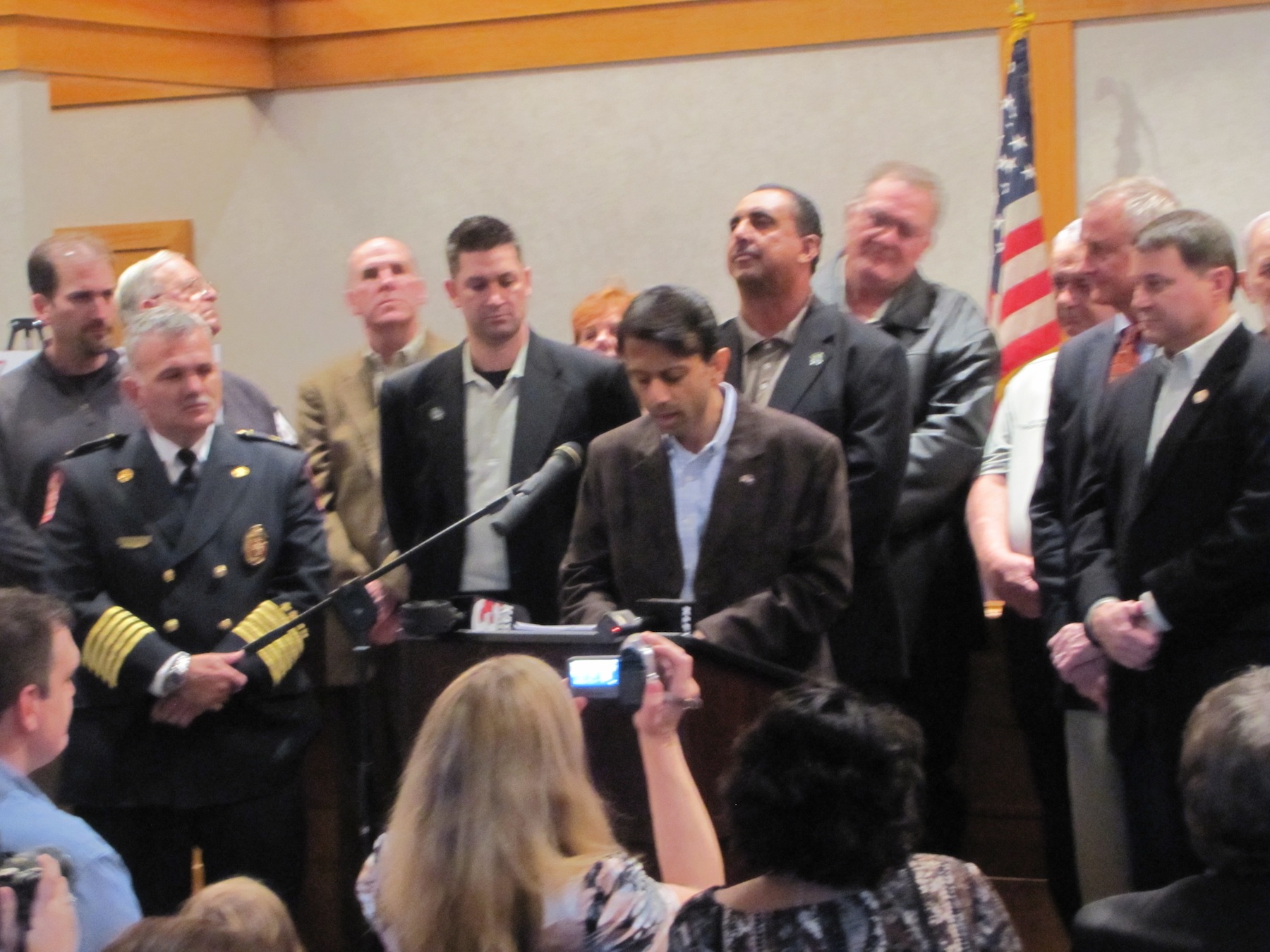 Gov. Bobby Jindal, joined by Houston Plating and Coatings CEO Bill Howard and a slew of other local and state officials, announced the new venture Thursday afternoon at Scott City Hall, noting that the 80,000 square-foot facility will create 120 new jobs and have an annual payroll of $3 million.

"Great Scott, look what we've got," joked Lafayette Economic Development Authority President and CEO Gregg Gothreaux. "This isn't just about investing in new business. It's an investment in people, an investment in a place."

Scott Mayor Purvis Morrison said the city, thanks to the help of LEDA and state economic development officials, was able to provide more than $1 million in infrastructure for the project going up at 6325 Cameron St.

Halliburton's decision to build a new manufacturing facility in north Lafayette did play a role in the company's decision to locate in Lafayette Parish, with Howard noting that he read recently the U.S. is expected to surpass Russia and Saudi Arabia as the world's leading oil and gas exporter in coming decades.

"The real story is what's happening in the oil and gas industry," Howard said. "We're very excited to be a part of it."