The mayors of the respective cities have placed some of their world-famous cuisine on the table, too. 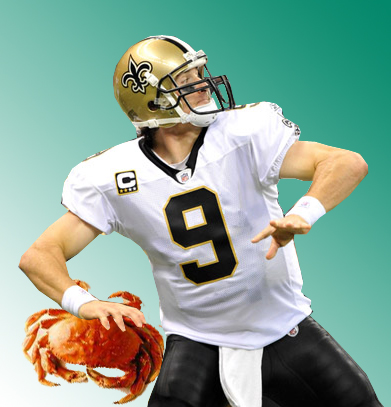 Saturday's NFL divisional round playoff game between the visiting New Orleans Saints and host San Francisco 49ers has more at stake than just a chance at the NFC Championship and trip to the Super Bowl. The mayors of the respective cities have placed some of their world-famous cuisine on the table, too.

According to the Bay Area's NBC affiliate, New Orleans Mayor Mitch Landrieu and San Francisco Mayor  Ed Lee placed a friendly wager on the game, as mayors customarily do: If the Saints win Saturday, Lee will send Landrieu an order of Dungeness crab from Fisherman's Wharf, along with some Boudin (not to be mistaken with the pork and rice delicacy of Cajun Country) sourdough bread and Anchor Steam beer. If the 9ers prevail, Landrieu will send Lee Louisiana seafood, a king cake and Abita beer.