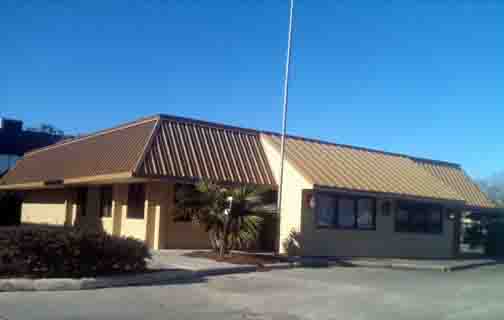 Brian Blanchard, local chef, restaurateur and owner of several Lafayette restaurants, is moving his restaurant and catering business, a la carte, to it's new location this month. As of Jan. 10 the doors have closed on its old address at 301 Heymann Blvd.

The spot at 151 Comeaux Road currently has the signage of La Maison du Temps and is being changed over to a la carte. Located just off of Pinhook and tucked around the corner from several hotels, a la carte is moving because when Blanchard acquired River Oaks in 2011 this property was part of the agreement. "It made sense to move," says Blanchard.

While a la carte is still doing catering, especially in the thrall of Mardi Gras season, daily lunch is on pause. "Day-to-day lunch isn't decided yet. I haven't made a firm decision on when we'll do lunches again," says Blanchard, who is focusing his energy on revamping his new space.

Blanchard goes on to say, "What we're dong is booking catering events into the new location as well as River Oaks and offering both menus." River Oaks can carry a la carte's catering menu and vice versa.

While several businesses have looked at the location on Heymann as yet it is not confirmed what new blood will be coursing though the old money Oil Center.

Call a la carte at 235-8493 or check back here for its reopening information.