The Export Factor
Sending natural gas to Asian and European nations would boost jobs domestically and stabilize prices - and that's good for everyone.

Sending natural gas to Asian and European nations would boost jobs domestically and stabilize prices - and that's good for everyone.

The U.S. is in the middle of an energy renaissance. The evolution of technologies such as horizontal drilling and hydraulic fracturing have enabled energy producers to unlock vast supplies of unconventional oil and natural gas resources and helped reshape the dynamics of our country's future energy portfolio. The changing energy landscape is most evident in America's natural gas market where an overwhelming supply of gas has driven prices to historic lows, attracted a potential resurgence in the U.S. manufacturing sector, and created opportunities for global liquefied natural gas exportation projects.

U.S. natural gas prices have slumped significantly in recent years. A part of the price decrease can be associated with dwindling demand for natural gas in the midst of the economic recession and also due to abnormally mild winters. In the Northeastern portion of the U.S., where a large percentage of domestic natural gas is consumed, December 2011 was ranked the fourth warmest winter month in the last 100 years. But even with the influence of mild temperatures, the stagnant natural gas price structure is a primary result of a historic supply glut generated by the current shale gas boom.

According to the U.S. Energy Information Agency, the rise of activity into new shale plays has increased dry shale gas production in the U.S. from 1 trillion cubic feet in 2006 to 4.8 trillion cubic feet, or 23 percent of total U.S. dry natural gas production, in 2010. Wet shale gas reserves increased to about 60.64 trillion cubic feet by year-end 2009.
Across the country, wholesale spot natural gas prices fell in 2011 from the previous year. Prices at the Henry Hub fell 9 percent to approximately $4 per million British thermal units in 2011, the second lowest annual price average since 2002. On Jan. 12, 2012, the U.S. benchmark gas price closed at a 28-month low at $2.697 per mmbtu. While these low prices are slowing natural gas drilling operations, they have provided a considerable economic advantage to consumers and businesses.

For the last decade, the U.S. manufacturing sector has suffered a sizeable downturn due to higher energy prices, increased global competition, and the continued outsourcing of domestic jobs. In 2005, natural gas prices reached historic highs at more than $14 per mmbtu and forced many manufacturing businesses to close shop in the U.S.
Today, those companies that depend on natural gas as a feedstock are finding the U.S. a more attractive place to do business in light of lower prices. Cheap natural gas means that these businesses can create products such as chemicals, plastics, fertilizers, and steel at a significantly lower cost. Consumers are happy about the oversupply as well. Over half of the homes in the U.S. utilize natural gas and nearly 25 percent of our nation's electricity is generated from the burning of this clean fuel.

Overabundant supply of natural gas has also generated much interest from companies that are looking to take advantage of high-priced and undersupplied markets overseas. Companies like Cheniere Energy are in the process of retrofitting their existing LNG import terminals to begin exportation of U.S. natural gas. These projects will generate thousands of jobs and put a huge dent in our country's ballooning trade deficit.

Some, however, have questioned whether the exportation of U.S. natural gas to Asian and European nations is good for the economy and future energy prices. Critics of exportation projects attest that the sale of natural gas abroad will lead to higher prices here at home and inevitably drive away economic interest from manufacturing industries. While it is true that prices may rise slightly, the overall impact that natural gas exportation will have on the price may be less than projected. In fact, it may actually help continue natural gas developments and long-term supply here at home. 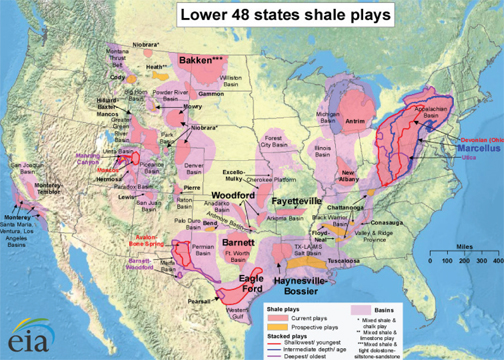 Deloitte, a prominent market research organization, noted in its recent report that the U.S. supply of natural gas is so abundant that exportation would have a limited impact on pricing over the next decade. The report identified that the replacement of coal-fueled power plants with natural gas plants will have a larger impact on overall natural gas prices than would exports. The report estimated that if the U.S. exported 6 billion cubic feet of natural gas a day - the combined capacity of the three proposed LNG export projects now on the books - U.S. natural gas prices would rise by less than 2 percent.

In the end, adherence to the free market will best benefit our nation's energy policy. Those who advocate against exporting natural gas forget that adding to global natural gas supply could have an influence in lowering global oil prices, which are projected to reach all-time highs in 2012. Additionally, natural gas prices are destined to increase no matter what. Companies are in the process of drawing down their exploration operations in natural gas reservoirs in order to seek more profitable ventures in oil-rich areas. Prices will inevitably rise because no new production will come online until natural gas prices begin to stabilize.

Exports would essentially open up new markets for producers and allow for a more long-term outlook for natural gas. Raising prices slightly through exports would stabilize the market and allow companies to continue the production and technological advancements in shale gas developments. Keeping natural gas prices in the tank is a shortsighted economic approach and will lead to the usual boom and bust scenarios of the past. Exporting natural gas could provide decades of low and stable natural gas prices, which means growth for everyone manufacturing industries, natural gas producers and consumers.

Don Briggs is president of the Louisiana  Oil and Gas Association.