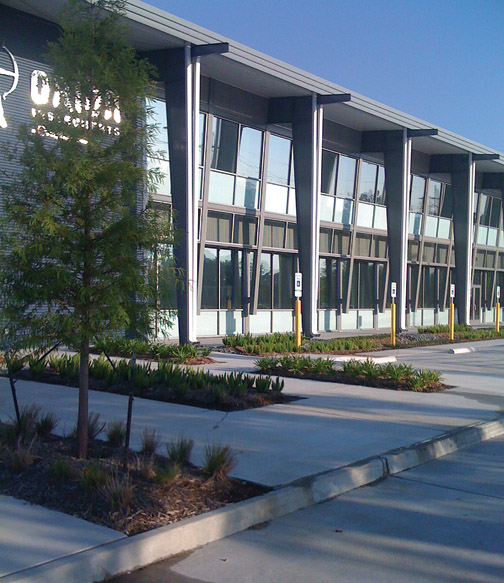 As we ring in the new year, many industry insiders spend time forecasting the year ahead for commercial real estate. With the national recession winding down (hopefully), many are optimistic that 2012 will be a recovery year and return some stability to our battered industry. Locally, I believe that 2012 will be solid, and there are two recent transactions that bolster this position. Both are speculative developments and represent two very different segments of our economy.

Cottage Landing is a multi-family transaction that will be developed on the former Evangeline Motors and Halliburton sites between Pinhook Road and Coolidge Street. ABiz broke the story about this project online Jan. 6. Read more in this month's "Turk File."

The 4-acre site was sold by former Congressman Jimmy Hayes for $1.25 million in December 2011. According to Todd Trahan of Cecil D. Trahan Enterprises, which handled the transaction, Barnhart Guess Properties plans to develop 47 cottages for upscale student housing at a total cost of about $8 million. This is significant to our market for two reasons. It is an "in-fill" project that removes an old eyesore structure from the landscape of a neighborhood that has been in transition and replaces it with a high quality development. This is great for the area and will probably expedite further upgrades to area properties. Secondly, this development is speculative by definition. While pre-leasing is currently under way, the developer committed to this project without having any tenant commitments. Speculative development in a volatile economic cycle typically indicates that recovery is on the way.

Farther up Pinhook, Pride's Crossing is a 40-acre industrial development that will soon be developed off of Verot School Road - nestled between Pinhook and South College roads. Adjacent to the older Industrial Parkway area, Pride's Crossing will add connectivity from Pinhook to Industrial via Sage Glenn and may ultimately connect to South College Extension. According to Hammy Davis, a project principal and the broker for this new project, industrial lots ranging from .5 to 10 acres will be available for purchase. The owners also plan to speculatively build two new building shells that can be finished to suit a tenant or owner in less than six months.

The Lafayette industrial market has remained tight through the recession, with very little new speculative product coming onto the market in the past three-plus years. This project, however, will introduce high quality building options in an excellent location to industrial users.

I believe these two speculative developments give us good reason to be optimistic for 2012, especially because they represent two very different product types in two different areas of town. In my experience, these projects demonstrate that our diversification efforts are paying off and our commercial sector is back on the move.