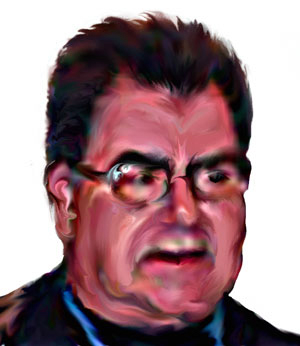 The gathering is not a post-hurricane government planning summit ' it's one of the regular meetings for the Committee to Rebuild Lafayette North, a community organization dedicated to sparking investment on the north side of town. The committee has been holding these monthly meetings, attended by many prominent local officials, for almost eight years.

However, this post-Katrina session might be the last time the group hosts this type of gathering.

Organizing the monthly conference is the prime responsibility of Phil A. Lank, the committee's economic development consultant. Lank is contracted with city-parish government to coordinate Rebuild Lafayette North Committee's efforts ' and his contract is now being questioned. At its final budget meeting on Sept. 29, the city-parish council voted 8 to 1 to transfer this year's $36,500 allocation for Lank into council reserves until further discussion about the best use for that money.

"It's the only board that the government pays for, and no one quite knows why, as far as I know," says Councilman Rob Stevenson. "Every other board and committee is purely volunteer. $3,000 a month, I think, is a little steep for such an endeavor. I think Rebuild Lafayette North Committee should continue. I just think it should continue on a volunteer basis. From what I understand, the contract was never supposed to be an indefinite thing."

Council Chair Randy Menard, who was on the council when the contract originated in Walter Comeaux's administration in 1997, says that Lank's position was originally supposed to last a few years to help the committee get its start.

"It's typical government," Menard says. "You can say something's for the short term, but once you put anything in the budget it's usually very hard or takes a long time to take it back out. Couple that with the fact that people on the north side perceive this as being something for the north side, then it becomes a north vs. south issue."

Menard says the council has previously discussed canceling Lank's contract in past years, but only ended up reducing the amount of Lank's salary. City-parish government's payments to Lank have decreased annually since the contract began. According to finance department records, Lank was paid $57,543 for his first year of consulting for the Rebuild Lafayette North Committee in its 1998-1999 budget year. The next year Lank made $44,751 from the contract. In 2001, his year-end consulting fees added up to $32,559, where it has more or less stayed since this year, in which Lank was paid $31,355 through August. Lank says he has worked the past two months without pay while he has waited for his contract renewal.

It isn't a full-time position. Lank's most recent monthly billing for August 2005 was for $2,200 for 29 hours of work, primarily phone calls and e-mails. He also submitted a request for a pay increase of $4,500 for next year to cover LCG's insurance requirements.

"We're an advocacy organization, and we support a whole array of things," Lank says. "I personally think that the effort has been successful when you compare what's been done in the past and what's being done today. We've brought a lot of positivism to the area and to the residents, and I don't know how you put a price tag on that."

Stevenson and Menard say they are among council members willing to explore whether the money could be better leveraged for north side issues. Menard says one idea being discussed is for the funds to be used to hire an additional full-time staff person in the Planning and Zoning Department who could also coordinate activities for Rebuild Lafayette North.

Councilman Bruce Conque, who regularly attends Rebuild Lafayette North Committee meetings, made the motion to hold the funds for Lank's contract after noticing Lank's proposed $4,500 increase for next year's contract.

"I think Katrina put us in a position as a government to reassess everything we are doing as far as growth plans," says Conque. "That does not mean I want to take that money and put it anywhere else that won't accomplish the mission and goals of Rebuild Lafayette North."

Other members of the council are more resistant to changing the committee or the contract.

North side Councilman Chris Williams, who says he is introducing an ordinance to decide on the funding at the council's Nov. 1 meeting, believes it should be up to the committee to decide the best way for the money to be spent. "We need to be ensured that we don't have a lapse in the work and advocacy of the group," he says.

Fellow north Lafayette district Councilman Louis Benjamin is the committee's biggest defender. When Conque made the motion to hold on to the funds, Benjamin adamantly protested.

"Mr. Lank, we're talking about his job," Benjamin stated at the meeting. "Let's just put it on the table and call names, times and events. I think the man has done a good job. This is not warranted."

Lank has a strong reputation. He was the city of Lafayette's first community development director, serving in that position from 1978 to 1992, under Mayors Dud Lastrapes and Kenny Bowen. He was also a co-founder of Festival International. For the past three years, he has served as the state economic development coordinator for the Acadiana region, helping facilitate state grants for local organizations. Lank is paid approximately $60,000 a year for his job with Louisiana Economic Development.

"I think what Phil brings is a lot of connections to a lot of people, because of the experience he has," says Lynn Guidry, a Carencro architect and one of Rebuild Lafayette North Committee's co-chairs since its founding. "He has vision. He has contacts. He has the ability to bring into our meetings a caliber of people that a newer person would have a hard time bringing in."

City-Parish President Joey Durel recommended retaining Lank and suggests he is a necessary component of the Rebuild Lafayette North Committee.

"We had suggested funding it," Durel says. "Running a successful committee takes somebody like a Phil Lank that sees the big picture better than most people do."

While Lank's credentials have never been in question, the accomplishments of the Rebuild Lafayette North Committee are often difficult to measure.

According to Guidry, one of Walter Comeaux's main original goals was improving community relations. "[Comeaux] said, 'There's always been a perception that the north side of Lafayette gets less services from government,'" Guidry recalls. "He said, 'I want to make sure that nobody says that after I'm gone.'"

Comeaux approved 36 members to the original committee. Membership has waned over the years; the group currently has approximately 20 active members and averages close to 30 attendees at each of its meetings.

The geographic parameters of the committee have also expanded over the years. Guidry says different people define the "north side" in many different ways and that Rebuild Lafayette North has taken an all-inclusive approach.

"If you feel that you're a part of the north side, well, then we feel that way too," he says. "There's never been anything really formal about this group. It's just such a loose organization now."

Some of the specific priorities the committee listed in its first report to the city-parish council have fallen by the wayside. One of its top goals was to create a development district along a Moss Street Corridor and collect business taxes there to fund infrastructure improvement projects. The idea died before making its way through the state legislature in the late '90s because of a lack of support.

"It met a lot of opposition at a lot of different levels," Guidry remembers. "I guess the argument that got thrown back at us quite often was, 'Why is this district going to have to come up with more money for things that should already be provided to us?"

Other projects have been completed, including the Clifton Chenier Center on Willow Street, which includes a public health clinic and library branch. Lank oversaw completion of the facility.

His contract with LCG lists several duties he is to perform "on an as-needed basis." These include conducting town hall meetings to generate input from north side residents and compiling the committee's goals into an annual "action plan" to submit to the city-parish president and council. An ordinance passed in 1997 also requires Lank to provide the Lafayette city-parish council "quarterly progress reports and implementation plans to develop Lafayette North."

According to council files, Lank only submitted a total of three progress reports from 1998-2000. Lank has never submitted any documents titled "action plan." The last public hearing held by the Rebuild Lafayette North Committee was in February 2002.

"We haven't been doing that for a while now," Lank says of the progress reports and town hall meetings. "The contract was at one point for $46,000. A lot of that stuff that we were doing previously we just stopped doing it because we didn't have time to do it."

Lank says that former council clerk Lloyd Rochon stopped requesting progress reports several years ago and that his decreased duties corresponded with a decline in his pay and the completion of the Clifton Chenier Center.

Some of the original goals of the Rebuild Lafayette North Committee may be more relevant today. With Lafayette's recent influx in population following hurricanes Katrina and Rita, issues like the completion of I-49 and I-10 frontage roads could shape the future of Lafayette development for years to come.

"The committee is critical," says councilman Williams, "to not only rectifying what was done, or not done, in the past, but also to keeping a bright future. They are critical to all the initiatives we have planned on the north side in the next 10 to 20 years. I see their role expanding."

As the council debates renewing Lank's contract and funding the organization, Durel also has suggested the group change its name and become more inclusive of the whole parish. Guidry acknowledges some of the committee's own members have been critical of Rebuild Lafayette North's lack of political clout when it comes to key north side issues. When the city-parish council moved funding from north side I-10 frontage roads to cover the cost of widening the south side's Verot School Road, the committee chose not to get involved in the contentious political fight. "Anything we vote on is just a recommendation, really," says Guidry. "We have no real power."

The committee has never endorsed any political candidates, but it has issued endorsements for broad political issues such as the I-49 connector and Lafayette Utilities System's fiber-to-the-home initiative.

Despite the committee's current state of uncertainty, Guidry says, "I feel like we're in a better position today to realize our potential.

"Since Katrina, and then Rita," he adds, "a lot of governments are going to be in dire straits. Does the role of Lafayette North change because of the exponential growth? Maybe this is the incentive for getting our goals in shape and making sure we're on the right track."