Jan. 12 saw a close to Jody Nederveld's career working for the Downtown Development Authority as a manager yet not a close to her connection with downtown Lafayette. It's estimated that Nederveld managed more than 530 Downtown Alive! performances on top of her other duties. Downtown businesses banded together to honor the woman so many know as one of Lafayette's best promoters and supporters. Blue Moon Saloon hosted the event, and Pamplona, Johnson's, Subway, Tsunami and Antler's all donated noshes for the night. Keller's donated a king cake with "Happy Retirement, Jody!" spelled out in frosting, and Schilling Distributing offered up beer and wine. The party was well into full swing by 6:30 p.m. with the Mercy Brothers playing first and Lost Bayou Ramblers right after, with a break in the middle for speeches from Nederveld and colleagues. A video montage was shown with a lot of humor and love encapsulating her career. Nederveld received lifetime membership to downtown museums and a gift of Kent Hustlar's downtown photo series. On behalf of all of downtown, thank you, Jody. The last 24 years wouldn't have been the same without you. 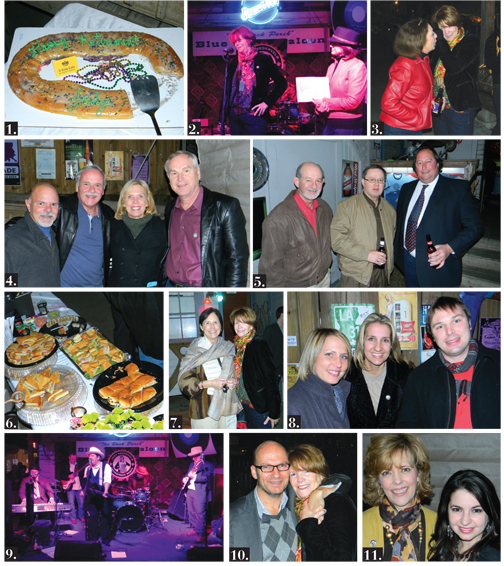