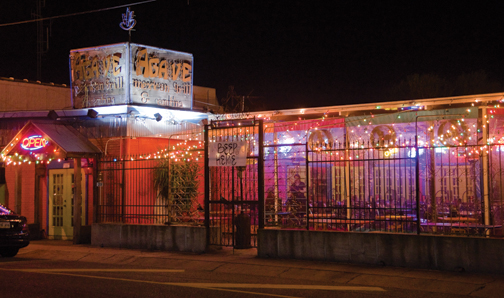 Hoping to take advantage of the large draw of sports fans to Cajun field, Nidal Balbeisi is expanding his popular downtown Mexican eatery to Bertrand Drive. The new Agave Mexican Grill and Cantina should be open by mid-February in the old WOW Café and Wingery spot across from Cajun Field, Balbeisi says. WOW shut down late last year.

The new restaurant will be significantly larger than the original Agave on Vermilion Street, seating about 200 versus 150. It, too, will offer al fresco dining and live entertainment. The decor, atmosphere and lighting - what Balbeisi describes as a "flea market Mexican restaurant" - also will mirror the downtown location. "We're trying to duplicate the downtown Agave," Balbeisi says.

The restaurant blends the spices of traditional Mexican cuisine with local flavors and offers a tequila bar and lounge with more than 40 fine agave tequilas.
Balbeisi, who opened the original Agave in 2007, also owns Trynd downtown and is the restaurateur behind the successful Zeus Greek and Lebanese eateries.