Yet again, a trail of paperwork appears to support that development consultant Greg Gachassin was laying the foundation for a million bucks in fees while he served as chairman of a public board.

[Editor's Note: This story has been updated to reflect new information that Gachassin also signed as a witness on another AOC property transaction in May 2009].

Development consultant Greg Gachassin stands to make almost $1 million on the controversial downtown housing development Joie de Vivre, a project partially funded by the Lafayette Public Trust Financing Authority. The LPTFA's once-limited involvement, however, has changed in recent weeks, as the public trust is set to take over the entire $16.5 million project from the beleaguered Acadiana Outreach Center. Court records reveal that when he was chairman of the board of trustees for the LPTFA in May 2009, Gachassin appeared at the signing for the sale of 119 Olivier St. and 123 Olivier St. in Mills Addition to Urban Ventures, a limited liability corporation that was buying property on behalf of Acadiana Outreach. At that time, Acadiana Outreach was in the early stages of planning the low-income downtown apartment project Joie de Vivre. 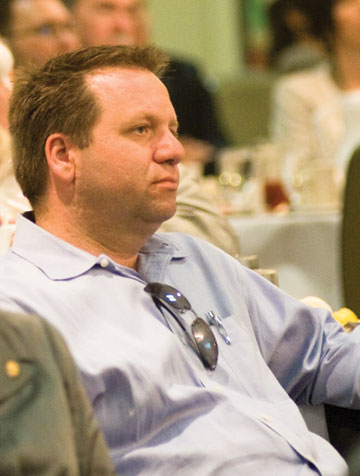 Gachassin signed the property transactions on two separate days, May 11 and May 13, as a witness, presumably present due to his affiliation with LPTFA, which provided a $1 million loan to Acadiana Outreach to purchase some of the properties. Or was he already working for Outreach? Therein lies the potential conflict of interest.

At some point after that property purchase, and well shy of two years since his resignation from the LPTFA board, Acadiana Outreach officially contracted with Gachassin as the project consultant.

His appearance at the May 2009 signing reveals that he had an inside track on Acadiana Outreach's plans and did not wait the mandatory two years before getting financially involved in a project financed by the very public agency for which he had just served. Created in 1979, the public trust's original documents note that it is subject to the "Public Contracts Law, Public Records Law, Public Meetings Law, Code of Ethics and the Bond Validation Procedures Law."

That restriction involves a broad range of proceedings: application, submission, request for a ruling or other determination, contract, claim, case, or other matter that the public servant or former public servant knows or should know is the subject of action by the governmental entity, or is one to which the governmental entity is or will be a party.

At least two Lafayette residents have filed formal ethics complaints against Gachassin, and his own attorney, former Ethics Board Chief Administrator Gray Sexton, confirmed to the The Independent that an investigation is under way.

Up until this point, Gachassin's potential conflicts of interest appeared limited to Cypress Trails Apartments, an LPTFA project he orchestrated and took over less than a month after his Nov. 17, 2009, resignation as its chair, and Villa Gardens, a single-family residential development partially funded by LPTFA while he was on the board. All three of the aforementioned projects - along with a fourth, Villas at Angel Point - were awarded highly competitive low-income housing tax credits from the Louisiana Housing Finance Agency, another public board Gachassin served on from January 2005 to October 2007. Read more about all of those projects here.

Records from the Louisiana Housing Finance Agency indicate that Gachassin's fee on Cypress Trails, Villa Gardens and Villas at Angel Point was a combined $1.5 million. Joie de Vivre has a development fee of $1.9 million, which Gachassin will split with the agency he once chaired.