Former Louisiana Gov. Buddy Roemer met last weekend with Americans Elect, an organization that has vowed to get a bi-partisan ticket onto the ballots in all 50 U.S. states in November. 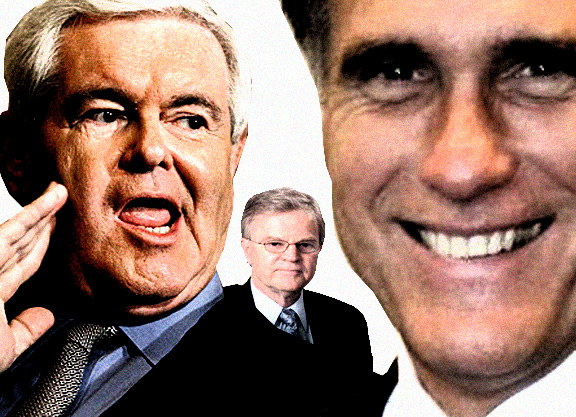 Former Louisiana Gov. Buddy Roemer appears ready to pursue a third-party course to the White House, telling The Advocate he met last weekend with Americans Elect, an organization that has vowed to get a bi-partisan ticket onto the ballots in all 50 U.S. states in November. Roemer, a Republican who defected from the Democratic Party more than 20 years ago, has failed to gain any traction in the GOP nomination process and has been shut out of more than 20 debates and counting.

Americans Elect, the slightly shady - its donors are anonymous and the group has hedged at revealing who they are - political group with arguably pollyanna visions of a post-partisan future, has been wooing centrist candidates including former Utah Gov. Jon Huntsman, who recently dropped out of the GOP race, and U.S. Sen. Joe Lieberman, the former Democratic vice-presidential candidate who dropped his party affiliation several years ago to maintain his seat representing Connecticut. Both Lieberman and Huntsman declined AE's advances.

"We're not well known. I can't give you any glowing reports about my chances. I'm definitely an out-of-the-box longshot," Roemer tells the Baton Rouge newspaper. The Bossier City banker has gotten more positive coverage - much of it tongue-in-cheek - from Comedy Central hosts Jon Stewart and Stephen Colbert.