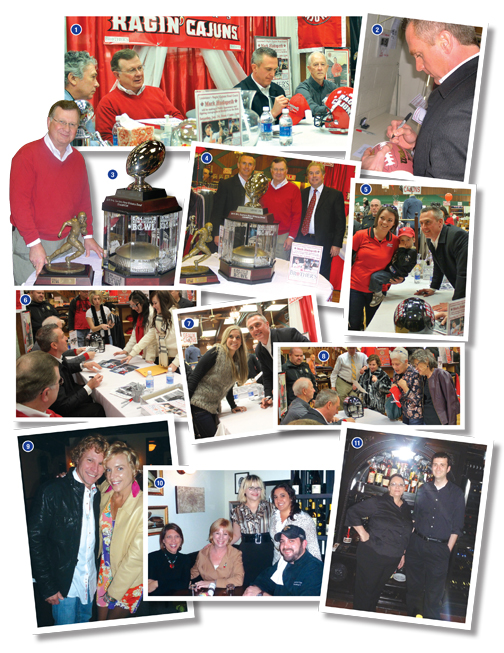 More than 250 people attended UL Coach Mark Hudspeth's first public appearance since leading the Ragin' Cajuns to a stellar season and New Orleans Bowl victory. Hudspeth signed autographs at Brother's on a recent Saturday, joined by UL administrators and supporters, including President Joe Savoie, Charlie Moncla and T-Boy Hebert and his wife, Martha. Coach Hud's wife, Tyla, and the couple's young son, Major, were also in attendance. "It was a fantastic way to allow UL Ragin' Cajuns fans an opportunity to meet Coach Hud and thank him personally for all he has done for our football team, our school and our wonderful community," says Alicia Abdalla Mouton of Brother's.

Bistro Byronz opened with a series of celebrations for its newest location in Lafayette at the site of the former Elephant Room on Kaliste Saloom Road. The Lafayette franchise is owned by local restaurateur Gene Todaro of Marcello's Wine Market and Café. One of the opening events was a fundraiser for the American Cancer Society, where guests got a preview of the delicious bistro cuisine.