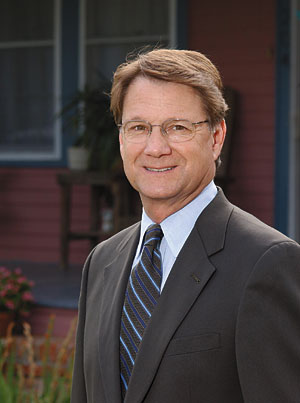 Democratic Rep. Charles Melancon was so popular last week that traffic to his Web site paralyzed the rest of the House of Representatives' Web network.

Melancon, along with Republican Rep. Tom Davis, is leading the House Select Committee investigating the government response to Hurricane Katrina. The two representatives wrote to Secretary of Homeland Security Michael Chertoff in late September and requested DHH documents and internal communications from the weeks following Katrina's landfall. More than 900 pages of e-mails were released on Oct. 18, and Melancon and his staff analyzed the correspondence. What they found was shocking incompetence on the part of former FEMA Director Michael Brown ' and last week they posted the e-mails and analysis on Melancon's Web site for the world to see. More than 300,000 visitors requested or downloaded the documents the day they were put up.

"I'm not looking to go and beat up on anybody, but it's quite obvious [Brown] was not doing his job," says Melancon by phone from his Washington, D.C., office. "Some people are saying, 'Melancon's trying to hurt the president [with these documents]. But these are documents that the majority allowed to be released. My concern is that the people back home are only going to hear what little bit makes it in the news, and it's hard to cover everything in this matter. So I said, 'Put 'em up on the Web site.'"

In the e-mails ' written during the most critical phases of post-Katrina relief efforts ' Brown appears more concerned with his image, his clothes, and finding a dog-sitter. On the morning Katrina hit, a FEMA public affairs representative complimented Brown on a television appearance, and he e-mailed back, "I got it at Nordstroms. Are you proud of me?" An hour later, Brown e-mailed again to say, "If you'll look at my lovely FEMA attire you'll really vomit. I am a fashion god."

In perhaps the most damning exchange, FEMA employee Marty Bahamonde in New Orleans e-mailed Brown the morning of Wednesday, Aug. 31. Bahamonde wrote, "Sir, I know that you know the situation is past critical. Here are some things you might not know. Hotels are kicking people out, thousands gathering in the streets with no food or water. Hundreds still being rescued from homes.

"The dying patients at the DMAT tent being medivac [sic]. Estimates that many will die within hours. Evacuation in process. Plans developing for dome evacuation but hotel situation adding to problem. We are out of food and running out of water at the dome, plans in works to address the critical need. FEMA staff is OK and holding own. DMAT staff working in deplorable conditions. â?¦ Phone connectivity impossible."

Brown's response? "Thanks for the update. Anything specific I need to do or tweak?" The same day, Brown wrote another e-mail: "Can I quit now? Can I come home?"

Such correspondence hardly supports Brown's previous testimony before Congress about his job performance. "I get it when it comes to emergency management," Brown testified on Sept. 27. "I know what it's all about." Melancon says he looked at all Brown's e-mails to put them in context. "There's always some time for levity, and I could have looked at some of these e-mails and said, 'Well, the guy's got a sense of humor.' But I don't see him giving orders, and I don't see any leadership."

Brown's failures are undeniable, but questions remain about other federal government employees and agencies. Brown testified that he exchanged e-mails with White House officials ' including Chief of Staff Andrew Card ' but none of those e-mails have been turned over to the House Select Committee for Katrina response. Melancon and Davis have also requested e-mail communications involving Chertoff, Defense Secretary Donald Rumsfeld and others, but the Bush administration has not complied with the request.

"We haven't gotten anything from the White House or the Pentagon, and Chertoff hasn't responded to the request," says Melancon.

Melancon notes that the request for documents ' with an Oct. 14 deadline ' also extended to the state level, including Gov. Kathleen Blanco, Mississippi Gov. Haley Barbour and Alabama Gov. Bob Riley. He says that Blanco has requested a 90-day extension to produce documentation, while Barbour and Riley have yet to respond.

The lack of cooperation at the federal level has been frustrating for Melancon, and he remains unsure whether the White House or DHH will ever release the documents. And he has other pressing matters at hand. "I have a thousand things going every day ' shrimpers' problems, oyster farmers' problems, sugar cane farmers' problems ' and this is a part-time committee that expires in February. Our focus should be on the disaster areas and getting people back on their feet."