Citing an array of concerns over the meters - from possible health issues to fears of loss of privacy and the violation of constitutional rights - the Tea Party of Lafayette has been spearheading the opt-out effort. 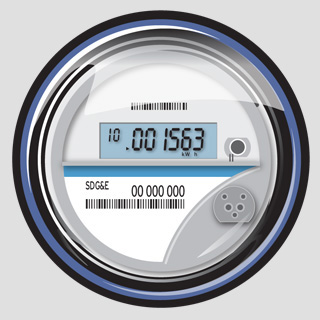 [Update: The City-Parish Council unanimously approved the opt-out ordinance as an introductory measure after hearing from residents who both oppose smart meters and supporters of the technology. However, the discussion will likely get more contentious and council vote more divided when the ordinance comes up for final approval on Feb. 28. (Ordinances are typically up for final adoption two weeks after their approved as introductory items, but the council will not meet on Feb. 21 due to the Mardi Gras holiday.)]

The Tea Party contingent on the City-Parish Council is reprising an effort to allow residents to opt out of having so-called "smart meters" installed on their homes and businesses. Co-sponsored by Councilmen Jared Bellard, William Theriot and Andy Naquin, the ordinance originally came before the council late last year. Citing an array of concerns over the meters - from possible health issues to fears of loss of privacy and the violation of constitutional rights - the Tea Party of Lafayette has been spearheading the opt-out effort. The conservative group has a prominent notice on the home page of its website urging opponents of smart meters to attend Tuesday's council meeting (see image below).

The new meters, which can be read remotely by the utility company, are currently being installed for LUS electric and water service at residences and businesses in the city. The $23 million project is partially funded by a federal grant and LUS Director Terry Huval says the meters will pay for themselves within about six years due in large part to the utility company no longer having to pay meter readers to go out and manually read meters. Supporters of the meters have also touted their use as a means of more quickly detecting water leaks and alerting residents to potentially dangerous situations in their homes caused by over-taxed electrical circuits.

Opposition to the meters hinges mainly on conspiratorial fears that LUS or some other "Big Brother" entity will use the meters to spy on residents.

Officially known as the Remote Meter Reading Program, the ordinance clearing the way for residents to opt out of the program failed on Dec. 20 of last year when the full council and the Lafayette Public Utilities Authority - the five city-majority members of the council who represent the vast majority of city-owned LUS' stakeholders - failed to agree on amendments to the ordinance setting a monthly price residents would have to pay to keep 20th-century, manually read meters on their homes and businesses.

The ordinance before the council Tuesday sets a $5 per month fee per resident who opts out of the program to cover the cost of LUS maintaining a small staff of personnel to manually read the meters. Currently 22 LUS employees work as meter readers - a workforce that will be reduced as more smart meters come on-line. Huval has said those employees will be absorbed into open positions in Lafayette Consolidated Government and he doesn't expect the transition to smart meters to precipitate layoffs.

Also of note on the council's Tuesday agenda: Councilman Kenneth Boudreaux has re-introduced an ordinance that would clear the way for Lafayette Mardi Gras Festival Inc., the city's predominately black Mardi Gras association that hosts a Fat Tuesday parade, to receive $7,500 from LCG via a public service contract. 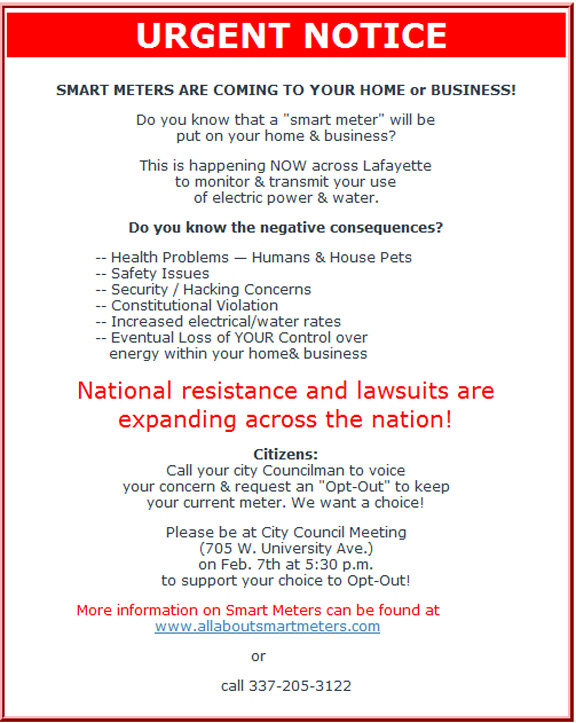