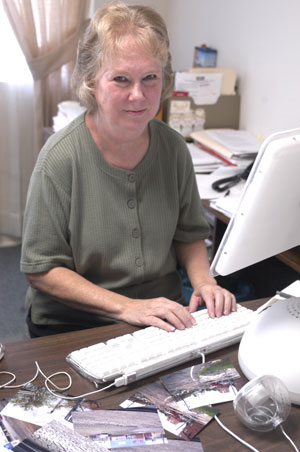 When dire predictions of a witch's cauldron of toxic brew from floodwaters seemed unfounded in early test reports, Mayor Ray Nagin of New Orleans and leaders of the surrounding parishes began inviting residents and business owners back into their towns to start the cleanup and rebuilding of southeast Louisiana. But nationally acclaimed environmental consultant and chemist Wilma Subra of New Iberia watched the return with disbelief ' especially in the hard-hit areas in St. Bernard Parish.

Subra and Oxfam workers traveled by car on Sept. 15 to Chalmette, Meraux and Violet in St. Bernard Parish, where Subra has done a great deal of environmental work on the impact of the petro-chemical industries located along the Mississippi River.

She took samples of floodwaters and drying sludge that caked the communities ' and was horrified. "Preliminary results indicate toxic heavy metals, petroleum'based organics and bacteria from untreated sewage," she says. "Remember, this sludge is the bottom sediment of all these lakes and bays that have been contaminated for a very long time. That sludge is now sitting all over people's yards, people's houses, and vehicles."

On Sept. 18, the Louisiana Department of Health and Hospitals issued a press release urging precautions for people returning to St. Bernard Parish. "Our recommendations have been very specific," says DHH spokesman Bob Johannsen. "It is not now the time to return."

"We are very concerned about the safety of anyone returning to the area at this time," DHH Secretary Dr. Fred Cerise says in the release. The department's release states that children, the elderly and those with compromised immune systems not return. It also recommends protective clothing, tetanus shots and the bandaging of existing scrapes and wounds. "Disease surveillance conducted by the federal Centers for Disease Control and Prevention and DHH in New Orleans area has confirmed that unintentional injuries pose the greatest current health risk for those remaining in the area," Cerise concludes.

It has been widely reported that floodwaters and the sediment they left behind have high levels of fecal coliform bacteria. Health problems from the bacteria can cause diarrhea, nausea and vomiting. But what Subra is most worried about is the combination of bacteria, mold, and the heavy metals and organic compounds from contaminated water bottoms that now cover St. Bernard Parish. "The chemicals are in the water; they're in the sludge," she says.

Rodriguez says that predictions of environmental contamination haven't panned out. "We did get a favorable report on air pollution," he says. But he hasn't heard any reports on chemical content in the sludge. "Not a word from EPA or DEQ about that. We're supposed to get something today or tomorrow." Rodriguez urges anyone coming back to the parish to wear boots, overalls, gloves and masks. He also has a team of doctors providing emergency medical treatment in the ExxonMobil refinery administrative building in Chalmette. "We haven't seen any medical problems," he says.

St. Bernard Parish Homeland Security Director and Office of Emergency Preparedness Dr. Paul Verrette says all the testing indicates the environmental conditions are not as bad as predicted. "All we're finding is E. coli bacteria," he says. "Good hand-washing technique should prevent any problem with that. There is a mold problem. What we recommend is a respirator. But any kind of mask will do. Asthmatics may experience irritation and bronchial spasms. Other than that, it's not particularly bad."

Verrette also says warnings about heavy metals and organic compounds in the sludge are overblown. "We have scientific data from the military and the government that doesn't bear that out," he notes. "Still, from a medical standpoint it's better not to expose yourself. But if they want to take the risk ' the main thing is aeration, open the windows and doors. And it's better not to be here more than four to six hours."

Only a few of the heavy metals exceed acceptable standards, according to sampling results posted on the EPA Web site. "The levels of metals detected were below levels that would be expected to produce adverse health effects," reads the report. "Some samples had slightly elevated arsenic and lead levels. The level of lead detected is typical of that found in urban areas. Volatile organic compounds were detected at very low levels. VOCs are not expected to persist in sediment due to their high vapor pressures and will dissipate or volatilize into the air. Polycyclic aromatic hydrocarbons (PAHs) were also detected at levels below that which would be expected to produce adverse health effects." The report defines PAHs as a group of more than 100 different chemicals that are formed during the incomplete burning of coal, oil and gas, garbage, or other organic substances like tobacco or charbroiled meat. It says they are commonly found in the environment.

But no one is looking at the cumulative effects or the long-term impact, Subra says. "At Meraux, you have a big spill from Murphy Oil. On Judge Perez Drive it's sky high levels of benzene and toluene in the air, and yet they let the people go into those areas. They're letting the people go in those residential areas where the air is bad. This is a political response to people desperate to go in. That's what they're folding to. And the people shouldn't be going in. And they shouldn't be bringing the children in, and they shouldn't be bringing the elderly in."

The SMHA team includes Dr. Miriam Aschkenasy, an emergency room physician from Boston Medical Center recruited by Oxfam to join the task force. Her credentials include a master's in public health from Harvard, hazardous materials training and international experience in emergency response and public health issues.

Allowing the public back into the sludge-coated communities is the wrong thing to do, Aschkenasy maintains. "You're going to set yourself up for a public health disaster," she says. "This sludge is going to dry and become dust, and they are going to breathe it in. You're going to see a lot of lung problems, asthma and allergies."

Short-term effects will probably include skin infections as a result of cuts, and exposure to mold has the potential to cause rashes, Aschkenasy says. But not knowing what is in the sludge and dust in people's houses is the biggest danger. "Nausea and vomiting can come from inhaling chemicals, or it could be from bacteria. You're going to have a hard time differentiating." DHH recommends Hepatitis A and B, and tetanus shots to prevent disease from bacteria. But according to Aschkenasy, there is no antidote for what residents are breathing in with the dust. "Most of the things Wilma's finding, the chemicals ' you can't vaccinate against them." The possible long-term effects are unknown. "Infertility, miscarriages, possibly cancer," she speculates. "Nobody knows what the effects are going to be. The bottom line ' if they don't have to return home, they shouldn't."

Subra had hoped to do a thorough evaluation before residents were let back into the parishes. "That part of the quick response didn't work," she says. "You're going to have them back in there getting contaminated, getting sick, and there's no open hospital, there's no clinic, there's no first aid station. It's ludicrous to have let them in without any kind of planning."

SMHA representatives acknowledge the political and personal pressures for residents to return and survey damage, and are trying to prevent further health risks. The organization recently assembled more than 200 "Katrina kits" that include protective gear, masks, eye protection, medical supplies and garbage bags to dispose of contaminated items upon leaving the parish. They hoped that the mandatory evacuation of the parish during Hurricane Rita would allow them to meet with officials this week and have the kits in place at parish checkpoints before residents returned again. But St. Bernard Parish residents began streaming back into the parish at 6 a.m. Monday, Sept. 26.

"This is unbelievable," says Subra.