Kacey Jones wants you to know right off that she is not a comedian.

"Whenever people introduce me as a comedian, it's a little uncomfortable because, really, that's not how I see myself," says Jones. "I see myself as a singer/songwriter/musician first. The fact that the songs most of them turn out to be humorous ones is just a birth defect." 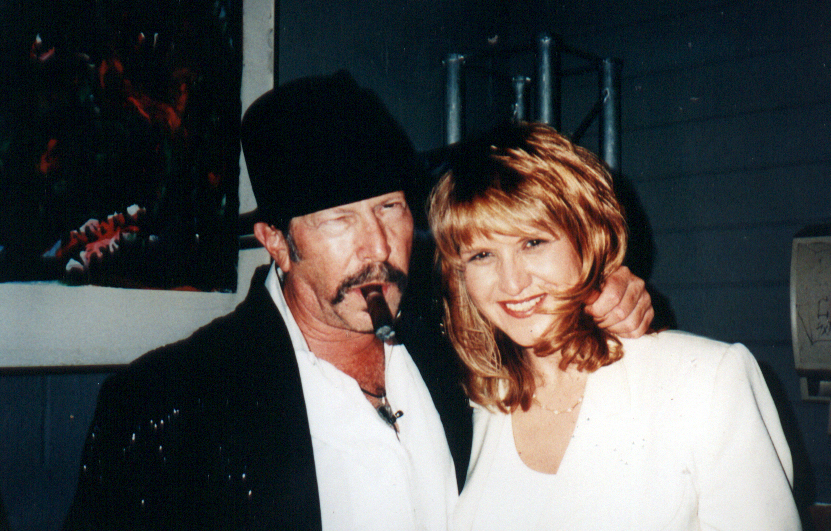 And it's the humorous ones that make a living for the Nashville-based singer/songwriter and musical humorist who'll open Kinky Friedman's Southern Discomfort tour when it stops in Lafayette, Wed., Feb. 15, at Vermilionville. The Independent sponsors the gig.

Expect a good time with sharp jokes, songs and commentary; some tender ballads, a reading, music and more music with snark and smarts.

"I am not a standup comedian," Jones says. "I am a musician and a songwriter first. I enjoy writing humorous songs, sort of in the tradition of one of my heroes, Tom Lerher, who I think is one of the most brilliant musical humorists."

Jones considers it a gift to be able craft a humorous song.

"The opportunity to cause people to laugh is really a special thing and it's real important to me," Jones says. "I think one of the best connections you can make with people is through humor."

And while many people may say a person's ability to make them laugh is an attractive trait, Jones has another take on it - from personal experience.

Before Jones met and married her first, only and now ex-husband, her boyfriend had died in a plane crash.

"I had not dated anybody for like a year-and-a-half and I was pretty depressed at that time, as you can imagine," says Jones. "And Bubba was the first guy to make me laugh after Steven died. And what I learned from that experience is just because he makes you laugh doesn't mean you should marry him."

To quote herself, she says: "I was only married to Bubba for two years, but I got 55 songs out of him."

Jones says her show (solo like Friedman's), goes along the lines of a little talking, a little singing and some explaining.

"Most of the talking I do has to do with the back-story of how the song was inspired," she says. "You know, like what caused me to write a song called, I Can Get Over Him If I Can Get Under You.'"

When Jones met Browne, she asked the author if the group had a theme song. After Jones read one of her books, she came up with the theme song for the SPQ's organization.

"The Sweet Potato Queens have a lot of fun rules," says Jones. "And one of the rules is Never Wear Panties to a Party.'"

Betcha you can't guess the name of the SPQ's theme song.

Jones said The Berry Queens of New Iberia is the largest chapter of SPQ in the country. At least a half-dozen Berry Queens are planning to attend Wednesday's show.

"I appreciate the opportunity to do the comedy for sure," says Jones. "But I like to think I'm more than a one-dimensional artist."

Jones is a singer and a songwriter a fact not lost on reviewers and audiences.

"Sometimes that gets a little overshadowed by the humor part," she says. "It's nice get to demonstrate that the other part is important to me, too, as an artist."

Jones doesn't dabble in politics with her songs.

"I try to be the vacation from the blues," she says.

However, Jones did a duet with fellow songwriter Jesse Goldberg, who with Bill Flowerree wrote "Divided We Stand."

"It's a very funny song, but it's very poignant in the fact that it pretty much says what's going on right now," she says. "Our country has never been more divided than it is right now. The far right and the far left, and never the twain shall meet."

Shunning politics does not keep Jones from addressing certain issues she finds are important, as in, "Take Back the Night," a song for an organization that helps women abused by their husbands.

"I have written songs in my career specifically for situations like that," she says. "But that's not how I write."

Jones can find her muse in the shower, or even riding in a car with a couple of friends after a gig.

"I said, Wouldn't it be funny to write a song about Donald Trump's hair?' and they said, Yeah.'" she recalls. "So we started writing it right there in the car. And we could've written another 50 versus because there's so many great words that rhyme with hair."

"I don't pretend to be a Pete Seeger or Woody Guthrie. That's not the ilk I come from. I appreciate everything those writers have written and I respect them tremendously," says Jones. "And when I was younger, I did write more in that vein just because that was how we all wrote back then. We were all trying to write important music like Bob Dylan.

"But as I got older, what occurred to me was how badly people need to just have something to laugh at or smile at," she says. "Nothing makes me feel better when somebody comes into a room and they're sitting on the front row with their arms crossed and a frown on their face and by the time you're halfway through the show, they've got tears coming down their cheeks because they're laughing so hard.

"So, yeah, I'm not your big social commentator/songwriter," says Jones. "At least not right now."

Jones did write "Diamonds in the Sidewalk," a song about homeless people. She expects it to be on her next album.

"It's not funny. It's kind of a stark look at the difference between the haves and have-nots," Jones says. "I've also got a song about world peace that I really like called If I Only Could See How You Feel.'

"It's probably one of the most important songs I've ever written," says Jones.

"You know, it's funny. When I first came to [Nashville] from California, I did not move here thinking I'm going to get labeled as the chick who writes the funny songs."

Jones got to Nashville in 1986 to land a legitimate record deal. To help make ends meet she formed in a predominately three-part harmony group, Ethel and the Shameless Hussies. She wrote most of the songs.

"The thing just grew its own legs and took off and the next thing you knew we were signed to MCA Records in 1988," she says. "The way this town works, or possibly the world works, is when you go down a certain path, people like to put labels on things.

"And they like to say, Oh, she's the gal who does the funny stuff,'" Jones says. "It's really hard to come out of that label once you've acquired it."

But it's a label, Jones says, that comes with its own kind of therapy.

"I think part of it is to realize how lucky we are. I can only speak for myself. I was not born with a silver spoon or anything like that," she says. Her father was a gas station attendant and her mother worked hard, too. "That's kind of how I was raised to keep working until it pays-off."

The payoff for Jones is making enough money "to keep on doing the thing that you love," which means not having to have a day job. Or a job "you don't find as much joy in," so you can do what you want to do.

"For me, making music and performing music is just pure joy," says Jones. "And whether I get rich from it, I really don't put too much stock in it.

"But what I do care about is to make enough money to record my next album," she says, "and to keep staying out there on the road and bring it to people."