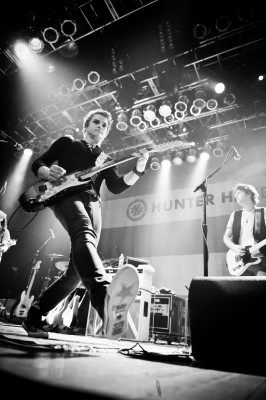 According to the Associated Press, the Breaux Bridge native Hayes is up for the award with "American Idol" winner Scotty McCreery and Brantly Gilbert. The three were chosen by fans and the ACM membership.

A second round of fan voting opens March 19 at this website, and will run through April 1 until 7 p.m.

ACM New Artist of the Year Award will be given out during the 47th Annual Academy of Country Music Awards broadcast live on CBS, Sunday, April 1, 8 p.m., from Las Vegas.