The Kinkster is well-known for his outspokenness in politics, song and stories. But there's another caring side that may have escaped some when it comes to animals and American heroes. 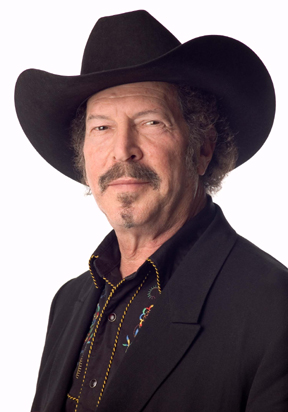 One of Kinky Friedman's most heartfelt projects is the Utopia Animal Rescue Ranch in Medina, Texas, which he founded in 1998 with Nancy "Cousin Nancy" Parker-Simons and Tony Simons.

Friedman also has a special place in his heart for men and women from Texas who've gone above and beyond for their state and country. And he writes about them in Heroes of a Texas Childhood which he plans to read from at Wednesday's show.

The following excerpt is from the upcoming Q&A with the Kinkster in Wednesday's print edition of The Independent.

KF: B.J. Thomas did a benefit concert for (the Utopia Animal Rescue Ranch) and raised a helluva lot of money. That was great. I'd never met him before then.

IND: Did he do it in Texas?

KF: He did it in Texas, yeah. And we're not limited to that. How would B.J. do in Louisiana? He'd do pretty well, wouldn't he?

IND: I would imagine.

KF: Yeah, cause he wants to help and Billy Joe Shaver...

IND: You know, they call Lafayette a mini-Austin. People are really open to music here. We've got a wide variety....

KF: Well, if it's a mini-Austin ... what Austin has become now, of course, is about a half-million people who all think they're cool.

KF: Wow... (pause) ... So, uh, the show will be a reading, too, from the book, Heroes of a Texas Childhood. And I'll sign books afterwards. Of course, I will sign anything but bad legislation.

We'll have that and they may be wheeling me in on a gurney by that time. That's about the middle of the tour.

This show is a concert and many of the songs will be older than many people in the audience, yet it won't be nostalgia. There'll be political insights and stuff and hopefully some humor.

These are 23 heroes of mine when I was a kid. Unfortunately, people today, young people, especially, don't know who a lot of these people are. In other words, they don't know upon whose shoulders they stand. Most Texas college graduates don't know (Audie Murphy, World War II hero, actor, country music songwriter; and Barbara Jordan, first African American congresswoman, civil rights leader), that I've talked to. They never heard of them.

If you're from Texas, or even if you're an American and you've never heard of Audie Murphy; you're not sure if he's a punk singer, or a basketball player or ice skater then that's not very good.

If I am ever elected governor of Texas, then this book will be mandatory reading in public schools.