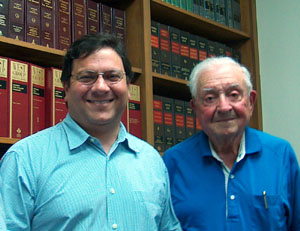 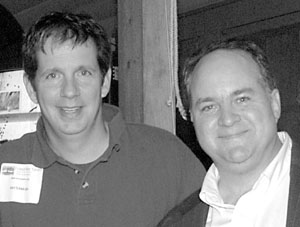 In recent weeks, Lafayette residents may have noticed a subtle increase in the amount of local pride touted by the city's phone, cable, Internet and utility providers ' all branding themselves as longstanding and trustworthy community partners.

Cox Communications now has promo spots touting the cable provider's community involvement, as Cajun music plays in the background. BellSouth recently ran a business profile ad in The Times of Acadiana that stated the company has been "serving Lafayette with fiber for more than 20 years." (BellSouth and Cox use a mixture of fiber and copper lines.) Meanwhile, City-Parish President Joey Durel and Lafayette Utilities System Director Terry Huval have started a new weekly call-in show on Acadiana Open Channel (Fiber for the Future, Mondays at 5:30 p.m.) to promote the benefits of LUS' fiber-to-the-home plan.

While Cox's regional manager Gary Cassard says his company's promotions are nothing new, followers of the issue say this is only the first small step in the buildup to an election on LUS' fiber plan on July 16. The city-parish administration hasn't received council approval on the election, but a vote is now seen as a pending formality.

"It's already begun," says Steve Creeden, an LUS consultant with the R.W. Beck engineering firm. "I think we're already seeing the first wave." Creeden worked as the local operations manager for Cox Communications for almost four years. He also served as the local general manager of TCA Cable for nine years prior to Cox's buyout of TCA in 2000. Creeden is now working almost full time with LUS on its fiber-to-the-home initiative.

He says that other communities that have gone through these elections have seen incumbent telecom companies spend more than $1 million in media campaigns ' the bulk of which doesn't hit until 60 days prior to the election. Any money that Cox Communications spends on a media campaign would be on top of the internal promotional spots it reserves to run on each of its cable channels. Creeden says when he worked in the cable industry, the station usually kept an average of 30 seconds per hour per channel to run company promos or to give away as bonuses to advertisers.

"It could be significant," Creeden says of the in-house TV ads Cox could devote to a media campaign. "They never completely sell out their inventory so they've always got excess spots that they can use for bonuses for advertisers or for internal use."

In order to combat a potential media onslaught from the incumbent telecom providers, LUS proponents are scrambling to get their own organizations in place. Local attorney Kaliste Saloom III, whose father Kaliste Saloom Jr. served as a city judge in Lafayette for 40 years, is heading up fundraising efforts as chairman of the pro-LUS Political Action Committee. Even though an election is yet to be officially called, Saloom plans to start collecting contributions and have a Web site, www.lafayetteyes.org, up and running this week. "We have a very short window on this," Saloom says. "I looked around and saw something needed to be done, and I wanted to get the ball rolling." Assisting Saloom is Joe Castille, a Hollywood branding and marketing consultant who recently returned to his native town of Lafayette to co-produce a movie based around the legend of Evangeline. Castille says he is now acting as a voluntary adviser but will likely take a more official role once the campaign picks up.

City-Parish President Durel is trying to take a lower profile on the issue but says he will likely help connect volunteers for the campaign. In his place, other local leaders and elected officials, such as former Mayor Dud Lastrapes and state Rep. Joel Robideaux, have indicated they may step into a more public role.

"Joey and [LUS Director] Terry Huval and a few of those guys have carried the torch on this thing for a while now," Robideaux says. "So if they need to expand the speaker's bureau, so to speak, that's something I would consider. If I can help them, then I will."

Robideaux and others could play key roles in a substantial fundraising effort for LUS.

"We think it's going to take upwards of $500,000," says Durel. "We're told we can expect [Cox and BellSouth] to spend upwards of $3 million. This group is just going to have to do a better job of grassroots campaigning and [make] more efficient use of their dollars."

An unexpected grass roots organization is also afoot to promote the fiber initiative. Don Bertrand, a local landman who also serves on the parish Republican Executive Committee, is collecting personal endorsements on his newly formed Web site Fibre911.com., and has 100 volunteers. He sees the pro-fiber stance creating strange bedfellows. "We're going to have people from the local Democratic Party and people from the local Republican Party," Bertrand says. "We're going to have UL students. We're going to have people in neighborhoods. I don't think this is going to be your regular campaign crowd. It's going to have its own unique characteristics. We're not for an individual here. We're voting for an idea, a vision."

For everyone involved, there is a sense that the election will have a profound impact, regardless of the outcome.

"This community is being watched with a whole lot of interest by a whole lot of people across the country on the [telecom industry] side and on the municipal fiber-to-the-home side," Creeden says. "We really stand to set a precedent in this country for municipally-owned utilities getting into this business."