Ken Winstead has been named UL's senior associate athletic director, filling the post vacated in January 2011 when Scott Farmer, who had held the job since August 2007, was appointed interim director of athletics. Late last year Farmer was named athletic director. 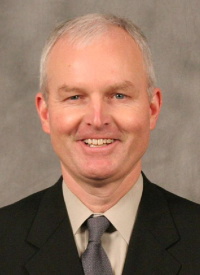 Winstead comes to UL from Colorado State University, where he had been serving as assistant development director since 2009. Prior to CSU, Winstead was associate athletic director for fund development at the University of Washington from 1998-2008. He oversaw operations of the Tyee Development Office, Big "W" Club and ticket offices and also assisted in fundraising opportunities and capital development. Winstead helped to direct Washington's "Campaign for the Student-Athlete," which included a $100 million upgrade of five athletic facilities. The effort funded a major renovation of the basketball arena, construction of indoor and outdoor practice facilities and the construction of a combined crew house/academic services facility.

Before arriving in Washington, Winstead was the director of development for USA Wrestling, where he coordinated a $10 million major gift campaign. He was associate AD at the University of Houston from 1994 to 1997, overseeing the department's development, marketing, broadcasting and sports information departments. He also served as associate AD at the University of Oregon from 1986 to 1993 and oversaw external operations. He created the Oregon Sports Network, in addition to working with capital improvements and fundraising efforts. Winstead began his career in intercollegiate athletics an assistant AD for development at Georgia Southern from 1982 to 1986.

Winstead received his bachelor's and master's degree from Ohio University in 1980 and 1981, respectively.

A veteran of 20-plus years in collegiate athletic public relations, McCann is a native of Lakewood, Ohio, and a 1986 graduate of Bowling Green State University. He spent the previous eight athletic seasons at Cleveland State University as director of athletic communications and later as assistant AD for communications. At CSU, McCann served as primary media spokesman and contact for men's basketball and several Olympic sports. He coordinated a 21-month process of creating new athletic marks for CSU Athletics and worked with the campus' School of Communication to create The Vikings Basketball Report, a weekly half-hour television show.

McCann also coordinated a total redesign of athletic media publications and utilized video, blogs, photo galleries and links pertaining to CSU athletics to increase traffic on the athletic website by 49 percent in page views and 68 percent in unique visitors during the 2010-11 basketball months. 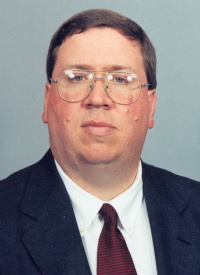 Prior to his arrival in Cleveland, McCann served as associate SID at the University of Cincinnati for eight years (1995-2003). During his time with the Bearcats, he served as the primary media contact for football and assisted in the production of the football and men's basketball coach's television and radio shows. McCann launched his career in intercollegiate athletics as an assistant SID at Cleveland State during the 1986-87 season before leaving to become associate SID at New Mexico State University, a position he held for eight years.