The local paper's executive editor is moving over to The Clarion-Ledger, where he will rejoin his former boss, Leslie Hurst.

In a headline Friday morning, Gannett Blog referred to Tolley as Hurst's protege and noted that his new staff could face a 20 percent reduction.

Reports the blog, which is not affiliated with the newspaper giant:

He will be leading an especially traumatized newsroom, even by Gannett standards. The paper has been without a top editor since Ronnie Agnew left in July to lead Mississippi Public Broadcasting after the GCI-wide mass layoffs of 700 the month before. The managing editor's job also has been vacant.

Meanwhile, the newsroom faces the potential loss of both assistant managing editors if they accept recently offered buyouts. Indeed, paper-wide, 12 buyout offers are on the table: one in finance and 11 in the newsroom.

The newsroom now employs 50, according to one of my Jackson readers. So, those 11 potential buyouts could reduce staffing by more than 20% -- unless they're replaced. And even if they are, it's assumed -- as with all similarly-situated papers -- that new hires will be far less experienced. 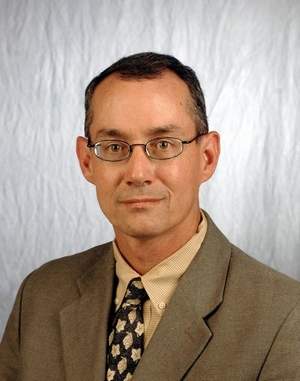 "I'm just thrilled for the opportunity to come and join The Clarion-Ledger's history and tradition of great journalism," Tolley said in the Ledger's announcement.

"Brian has a proven track record as a successful editor, leader and change agent, and will be an excellent addition to our organization as we move forward in this fast-moving, ever-changing media and economic landscape," said Hurst.

Tolley, who also oversaw the Daily World in Opelousas, has been with the local daily since April 2010, when he first joined Gannett. Before that he was editor of The Fayetteville Observer in Fayetteville, NC, and also worked in Daytona Beach, Fla., West Palm Beach, Fla., and Columbia, SC.

"Brian leaves The Daily Advertiser and Daily World in much better shape than he found them," Advertiser President and Publisher Ali Zoibi said. "That is a tribute to him and the team he developed."

There was no mention of Tolley's local replacement. Read more here.