The only thing missing at a Mercy Brothers' gig is the revival tent. Then again, it's still early.

The only thing missing at a Mercy Brothers' gig is the revival tent. Then again, it's still early. By Dominick Cross 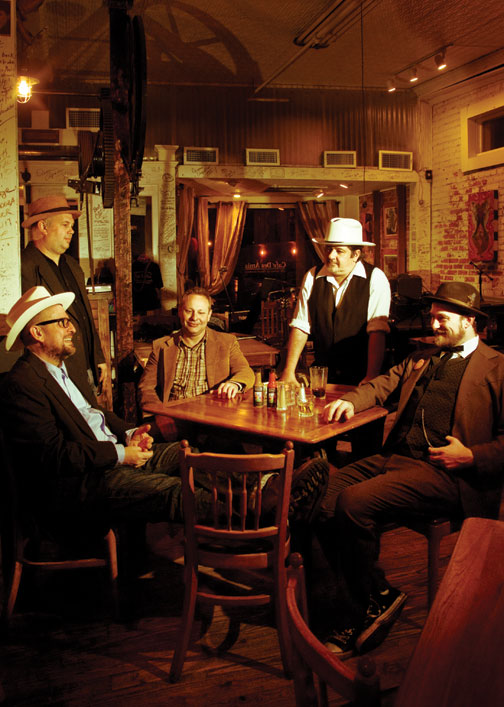 Formed in Lafayette in September, The Mercy Brothers came to be when Bluerunner Mark Meaux teamed up with Kevin Sekhani, who'd spent two decades in Austin following his musical muse.

"When Mark Meaux and I first got together about doing a group, we were talking about doing a hillbilly gospel thing," says Sekhani. "At first, I envisioned we'd be standing around a microphone with a standup bass, maybe a fiddle or a banjo, and then do hillbilly, spiritual music."

But that concept changed a little when the boys in the band - Garland Theriot, piano; Cal Stevenson, bass; and Greg Walls, drums - hooked up with Meaux (lead guitar/vocals) and Sekhani (rhythm guitar/vocals). Son Volt's Andrew Duplantis joins the band from time to time.

So instead of trying to follow the original formula verbatim, the guys went with what they had, "which has been described as a rockabilly, gospel kind of thing because it's real high energy," Sekhani says. "As we started developing the sound, we were really fascinated by the energy of those tent revivals.

"So we just started writing songs to fit that kind of thing, and the songs just started to come out," he says.
And to complement the sound, the band dresses the part, too; string ties, Stetsons, Bowlers, cowboy boots.
"We look at it like it's got that energy, that vibe to it," says Sekhani. "We want to dress nice for the folks."

Songs written by Meaux and Sekhani will fill the band's first release, slated to hit the streets prior to Festival International. Producer Ivan Klisanin was at the helm in the studio.

"We're pretty much done with the mix, we're going to have to tweak a couple of things as soon as possible," Sekhani says. "We're hoping we'll have it out a little bit before Festival. It would be a good time to have the album out."

Speaking of Festival, The Mercy Brothers have a date at Scène Chevron Héritage, Saturday, April 28.
"We love Festival - what a time to be around here - and to be invited to play is a great honor," he adds.

Festival is just one of the high profile events the band is playing. Already, the brothers have played Lafayette's Downtown Alive! and Austin's renowned Continental Club. The Mercy Brothers have a few parties booked for the South by Southwest music showcase in March.

Original material just started coming, and before you know it, we had an album full of songs that fit the band perfectly.
- Kevin Sekhani

"Being from Lafayette and living in Austin as long as I did," he says, "I feel like I've got two nice home bases, you know?"

Upon Sekhani's return to his first home base, he landed some solo gigs behind his 2009 release Sumner Street and also formed the band Sam Rey and the Totem Two. However, once he and Meaux put their heads together, the focus was diverted to The Mercy Brothers.

"We were talking about what kind of fun thing we can do together," Sekhani says. "We were just thinking of the songs that we really, really enjoy but we never really played  - things we've always enjoyed but never had bands that played that kind of thing."

A band, say, that played songs like old spirituals. 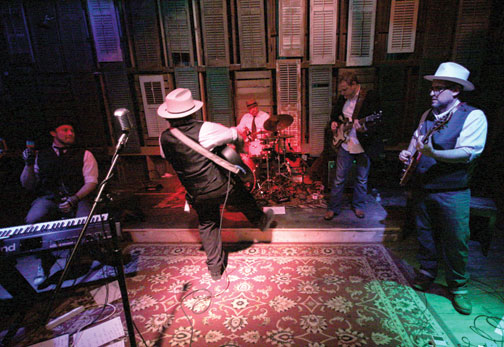 "And it just developed from there," says Sekhani. "Original material just started coming, and before you know it, we had an album full of songs that fit the band perfectly." Sekhani says he and Meaux "put our collective heads together to see what kind of fun, exciting musical thing we could try that we've never tried before."

In the process of the challenge to do something different, the two found it all came to them rather easily. It was a déjà vu kind of experience.

"I get the feeling that all the stuff that we've heard growing up, we retained that," Sekhani says. "We understood that music, and it was exciting to listen to. We all enjoyed listening to it. And it's been exciting to write it and to play it."

Hear two tracks from the band's upcoming release at MercyBrothers.com and an additional track on its Facebook page.