Despite a 5-month-old law to address polluted oil fields, the state still has far to go to see the finished product. 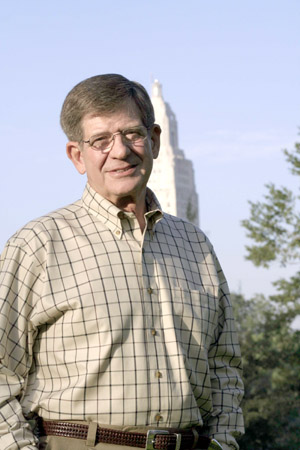 Gov. Kathleen Blanco capped off the political skirmish over so-called legacy sites when she signed her name across a new law that shifts oversight of cleaning up the contaminated sites from state district courts to the Louisiana Department of Natural Resources.

That was early June, and DNR still hasn't formulated regulations to administer the new process. A special committee charged with drafting the rules has only met twice, and an operating plan ' complete with budget and staff ' is just starting to come together.

The fight involves contaminated oil fields around Louisiana referred to as "legacies," because for generations some oil companies ' not necessarily the current operators ' created them and polluted the land around them. Now, years later, they still haven't been cleaned up, and that makes for a lot of environmental litigation.

The lawsuits were once considered the new tobacco or asbestos litigation. A 2003 decision, Corbello v. Iowa Production, resulted in a $33 million property damage award, but a discouraging trend emerged. Landowners were not always required to use the money to clean up their properties. Business interests claimed juries were creating a hostile business climate by sticking oil companies with huge judgments, and the environmental messes often created by other operators weren't even being cleaned up.

Lawmakers sought a middle ground earlier this year, adopting a compromise of sorts in the regular session. It was the most contentious issue they addressed, pitting oil companies against trial lawyers and landowners.

Each team had a bevy of lobbyists running back and forth during the debates; amendments were hammered out in huddled sessions while lawmakers patiently waited. Don Briggs, president of the Louisiana Oil and Gas Association, was a mastermind behind one of the teams, helping to push the final policy change.

Briggs initially thought it would take "about four months" for the state to have the revised process in place but now realizes it's going to take longer. "I didn't think it was so detailed and complicated that we wouldn't finish it quickly, but quickly for government sometimes means several months," Briggs says. "It was not a perfect piece of legislation, and it's going to take some time until it gets into the courts to see how good or bad it is."

The parties owning or representing contaminated property wanted Louisiana's 231 district courts to oversee the new cleanup process, while oil interests wanted DNR in control. Big Oil won out ' for the most part.

Landowners can still sue oil companies over legacy sites, and the courts still decide who's at fault, but now the state is largely responsible for drafting cleanup plans. Both sides can present their recommendations to the state, but DNR officials have final say over what goes back to the judge for consideration. The trial court would then hold damage awards and make sure cleanups occur.

The legislation also gave DNR's Office of Conservation authority to promulgate the rules and regulations for administering the process, which hasn't formally happened yet, according to Jim Welsh, DNR's conservation commissioner. He says a special committee of representatives from all interested parties first met in July and asked DNR to draft a proposed set of rules.

That draft was distributed at a second meeting Oct. 10. Once a compromise is hammered out, a legislative committee will have final approval following a public hearing. Welsh hopes the entire process is ready by the end of the year.

There are 103 active legacy cases in the courts, but none of them have fallen under the new process yet. Welsh hopes the final product will be in place by the time a case comes across his desk, but there's the possibility his office will have to administer the program with a set of rules that haven't yet had public input or lawmaker approval.

"We would follow the law that was passed the best way we could," says Welsh, who has the authority to promulgate temporary emergency rules. "We would just make management decisions." Until any of this happens, however, the process is largely untested.

Welsh also is waiting on a legislative committee to approve $250,000 for the program, which represents a one-year administrative budget. Civil service has endorsed the hiring of four new staffers for the program, but no one has been hired. Despite all the loose ends, Welsh is confident the new process will be effective.

Opponents aren't so sure. They fear DNR will be overly friendly to the oil industry, a sector it regulates. Sen. Butch Gautreaux of Morgan City pushed an alternative to the legacy bill this year ' one geared more toward environmentalists and landowners ' and says the problems under the old system haven't been addressed under the new act. He suggests the perceived delay in rule-making is evidence of that. "I'm really surprised they have taken this long, and I think they're dragging their feet on it," he says. "I thought this was a real priority, but I guess it really isn't."

Despite lingering administrative questions, Don Carmouche, whose Gonzales law firm is represented on the rules-making committee, says there hasn't been a big rush to settle cases to avoid the new process; in fact, DNR's attorney says no legacy suit has been settled since the law was enacted this summer.

Oddly enough, the man who frequently represents landowners in legacy suits is thus far supportive of the process. "Right now it's going as well as we could have expected," Carmouche says, "and I really believe people in the commissioner's office are doing the best they can."