A battle is brewing over health care provider taxes. 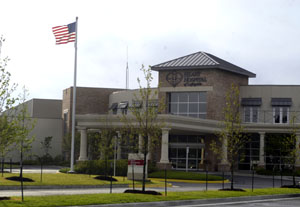 A bill proposing a health care provider tax that promised to be one of the hottest political issues in the current Louisiana legislative session appears to be dead after the state announced last week that a $168 million windfall that could be used to fill an anticipated $125 million gap in Medicaid funding. But a day of reckoning is still forthcoming.

Long, who helped build Park Place Surgical Center in Lafayette, also is the executive director of the Louisiana Association of Focused Care Facilities, which represents the state's 16 specialty hospitals.

The original bill, proposed by Rep. Sidney Mae Durand of Parks, called for a one half of 1 percent tax on gross revenues gathered by most health care providers in the state. The bill was proposed on behalf of Gov. Kathleen Blanco's administration.

The state hospital association, however, countered with a proposed bill that would have taxed only small "boutique" hospitals, facilities that concentrate on providing specific care. Under that plan, rural and community hospitals that treat indigent patients would have been exempt from the new tax.

And they are succeeding.

The infighting over the proposed tax highlights a growing enmity between the large hospital health providers and the doctor-owned specialty hospitals. The large hospitals argue that the specialty centers are siphoning off profitable procedures, like heart surgeries, that help pay for loss leader trauma units and burn wards. And since the specialty hospitals don't accept indigent patients, they avoid the cost of absorbing care for the uninsured.

Long says Durand's bill, by her own admission, was introduced to jumpstart a discussion about self-taxation of the hospital industry.

"It's obvious there is a need for hospitals to solve revenue problems," Long says. He equates the problem to challenges faced by nursing homes in the 1990s; the nursing home industry responded by taxing itself and placing the money in a trust that receives matching funding from the federal government. "The feds have restricted many of these matching fund programs," Long says, but they are still available for health care. "It's a big opportunity for hospitals and other health care providers to raise revenue."

The large health care providers might be wary of a tax that would raise matching funds, says Joe Donchess, executive director of the Louisiana Nursing Home Association. The industry in 1992 was a "reluctant proponent" of a bill passed to tax the nursing homes, but only because the matching funds were supposed to be funneled back to the nursing homes.

That happened for a couple of years, Donchess says, before the Foster administration began diverting the money to other health care programs.

He estimates that the nursing home industry alone raises $67 million a year, money that is matched by the federal government. The tax also applies to the mental health care and pharmacy industries, which raise a collective $30 million annually that's matched by the feds.

"We are what is called the cash cow of state government," says Donchess. The nursing home industry has paid some $770 million in taxes, generating $1.8 billion in federal matches.

A bill proposed this year would return those matching funds to the nursing home industry, Donchess says.

On the other hand, he adds, he does not think the federal government will allow Louisiana to tax only one segment of the industry ' like specialty hospitals ' in order to receive matching grant money.

He says the large hospitals might be more agreeable to a provider tax, but only if the Blanco administration will promise in the language of the law that the money collected goes to the hospitals that provide indigent care.

Long argues that an LSU study shows that only 2.1 percent of the total cost spent on providing health care in this state is spent on indigent care at the largest community hospitals. That study, conducted by Donald Smithburg, chancellor of the LSU hospital system, shows that the national average is 6 percent.

"The charity hospitals take care of the vast majority of indigents [in Louisiana]," Long says, noting that the for-profit Medical Center of Southwest Louisiana currently accepts no Medicaid patients, while the non-profit Our Lady of Lourdes pays no taxes.

He adds that the focused care association had no problem with Durand's broad-based hospital tax, agreeing that it was time for hospitals to help fill in funding gaps.

Under the state association plans, money raised through a hospital tax would be returned to the community hospitals to help pay for the treatment of the uninsured and to raise their Medicaid rates, says Burton Dupuis, chief executive officer of St. Martin Hospital. His facility would have been exempt under the hospital association plan.

The debate is just getting started. After multiple requests for comment, John Matessino, state hospital association president and CEO, would only say, "We are still discussing positive health care reform with the administration and are optimistic."