Oilman Paul Hilliard on his longtime friend, the former state superintendent of education who will be remembered as much for his civic engagement as for his long list of business ventures and legislative accomplishments

About 25 years ago Louie Michot and I were at a wake for a mutual friend and after discussing our mutual aversion to funeral homes, Louie said, "If you don't come to my funeral, then I don't have to come to yours." 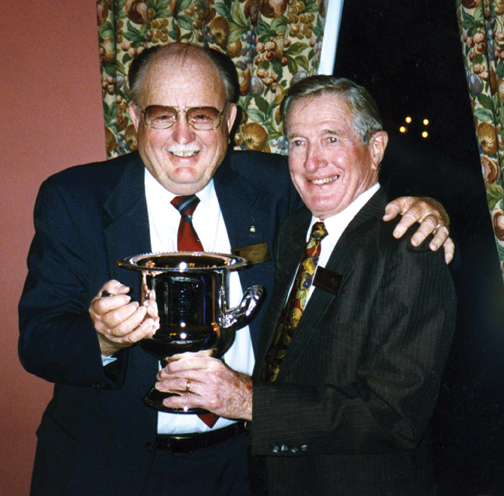 Oilman Paul Hilliard on his longtime friend, the former state superintendent of education who will be remembered as much for his civic engagement as for his long list of business ventures and legislative accomplishments

About 25 years ago Louie Michot and I were at a wake for a mutual friend and after discussing our mutual aversion to funeral homes, Louie said, "If you don't come to my funeral, then I don't have to come to yours."

On Sunday, March 11, funeral services were conducted for Louis J. Michot Jr. True to his pledge, Louie will not be at my funeral.

We were friends for more than 40 years. We played tennis, flew airplanes, wined and dined, and laughed together. I cannot think of one trip or adventure unaccompanied by Louie's good humor. Our only joint business venture was a money-losing real estate deal in the '80s, and even that financial mishap did not quench his ability to laugh.

Louie was a locally successful entrepreneur but a world-class entertainer.

In the early '80s, we flew to Pensacola in Louie's plane. I was co-pilot and radio operator. When trying to change from the tower frequency to departure control, the radio knob would turn but not change the frequency. Further detail on this incident will be left unwritten as the maintenance of that airplane is not something the FAA would appreciate. Anyway, we landed at Pensacola and taxied to the point where Louie had a car stored. We pulled the tarp off to reveal a 10-year old sedan with two flat tires. I didn't think the situation was at all funny but Louie took it in stride. A couple days later we flew from Pensacola to Asheville, N.C., to spend a few days in the Smokies. The Asheville weather was less than ideal, and we were on radar approach. The controller put us on a heading and after a couple of minutes there was a break in the clouds and a mountain loomed in the distance, prompting Louie to do a 180. In about 30 seconds the controller informed us we were on a reciprocal from what he had given us. Louie's response was, "There's a mountain on that heading." To which the controller responded, "And there's a mountain on the course you're on."

We obviously landed safely or I wouldn't be writing about it. Louie was an instinctive, though somewhat unconventional, pilot.

Our early-morning tennis games at Dr. Edgar Breaux's house were as much comedy as sport and exercise. Louie's racquet bore no resemblance to anything you'd see at Wimbledon. It looked like it had been run over by an 18-wheeler. Louie was frugal when it came to spending on himself, and in all the years we enjoyed those foursomes, we only asked him once to bring tennis balls. He did and, not surprisingly, they were unusable. When we asked where he got them, he said, "They were under some stuff in a closet." He was a good athlete and even in his early 80s could run with anybody on the court and jump the net when changing sides. His score keeping and line calling, however, defy description. When you're playing as Louie's partner and one of your opponents hits a ball that lands on or near the line on Louie's side of the court, the call is "in - out - in - did you see it?" Now what do you do with that?
But of all anecdotes about Papa Lou, nothing tops our aircraft carrier adventure. Louie served for 16 months as the captain of an anti-aircraft battery on the USS Enterprise and participated in numerous battles in the Pacific in 1943-44. He arranged an invitation for a citizen visit to one of our nuclear aircraft carriers, and we flew to Norfolk from where the Navy flew us out to the George Washington. Once aboard, we each bought officers' hats, complete with the ship's name in large gold letters and lots of "scrambled eggs" on the visor, indicating the wearer was a senior or flag rank officer. We bought them as souvenirs - never envisioning their future utility.

In January 2009, Louie and I flew to Norfolk for the dedication ritual on the nuclear carrier George H.W. Bush. We wore those hats to the ceremony. Lo and behold, we were saluted repeatedly and marched straight up to the VIP section where we watched the official entourage and the entire ceremony from close range. During the three or four hours touring the carrier, we met the senior medical officer, a full commander and the first female to command the medical detachment aboard a nuclear carrier. She said we reminded her of the "grumpy old men," from the movie of the same name. I asked her who was Walter Matthau and who was Jack Lemon and she said Papa Lou was Jack Lemon, because he was prettier than me (she really knew how to hurt a guy).

Laughter is food for the soul, and Papa Lou gave us a banquet.