Is another round of post-hurricane real estate sales in Lafayette Parish on the way? 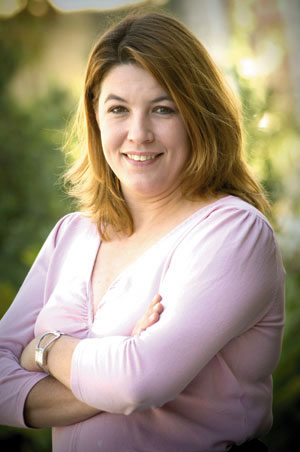 When ghosts and goblins and ghouls come out to play in late October, real estate agents like Crystal Monaghan get uneasy. Thanksgiving is right around the corner, and consumer spending will soon be dominated by the spirit of Noel ' meaning the real estate market becomes as soft as cornbread dressing.

But this year, Halloween is more treat than trick for Monaghan and her co-workers at Van Eaton & Romero. It's traditionally the slow time of the year for their trade, yet deals are pending in the office, and the Acadiana market is firmer than ever. "Once Katrina came through, after the first couple of weeks, everything we had that was completed went under contract," Monaghan says. "We moved 10 units in just two weeks. Things were hectic. Demand was high, and inventory was changing very rapidly."

The weeks following Hurricane Katrina were a boon for the local real estate market, an unprecedented period that was bolstered by more than 30,000 people seeking refuge in Lafayette Parish. In September alone, 357 homes were sold in Lafayette Parish, compared to 179 last year ' a 98 percent spike.

The rush has since slowed considerably. But some agents, brokers and homeowners believe a second wave will come soon, bringing the residential and commercial markets to new heights.

Insurance awards and federal aid should become increasingly available in upcoming months and could help financially strapped storm victims buy the homes they've been dreaming of while sitting in shelters, hotel rooms and elsewhere. And businesses might parlay newfound capital from the Small Business Administration or state into new Lafayette addresses. The size and scope of a second real estate boon is the mystery.

"The market response has been unprecedented because the entire situation is unprecedented," says Bill Bacque, CEO of Van Eaton & Romero. "Expectations have risen to a level of expecting this unprecedented event, and that now becomes the norm. But that isn't the case. There could be another swell, but it won't be like this first one, and the market will eventually settle down."

October, at least, should be another stellar month. There were 576 pending residential sales reported in September, compared to only 190 last year, according to tracking statistics compiled by Van Eaton & Romero. New listings continue to come on the market as well ' a few of which, Bacque says, are coming from New Orleans residents that prematurely invested without knowing the situation back home.

Multiple industry sources argue that media reports of a home price sales spike were unfounded, but the Multiple Listing Service ' a guidebook of sorts for all things real estate ' does indicate a significant jolt. The year-to-date average sales price of Lafayette property sold in September was $219,000, compared to $175,000 during the same period last year, says Bacque.

Charles Cornay, a senior commercial associate with Stirling Properties, says the spike in commercial sales following Hurricane Katrina wasn't as permanent as the residential market. "There were a ton of people that came into Lafayette looking for only short-term office space, like law firms and oil field services," he says. "But the phones stopped ringing after the first two weeks."

Whether the commercial activity is temporary or long-term, the immediate impact is evident in the numbers. According to Stirling Properties, the average sale price for commercial real estate from Aug. 29 to Oct. 26 was $200,953. For the same period last year, the average sold was only $159,374. Additionally, the sum for the total commercial properties sold during this period is $1.7 million higher than in 2004.

The trend could head upwards again as relocated companies come into a bit of cash. The Small Business Administration is now using remote technology, such as satellite imagery and aerial photography, to help fast-track loans, and checks could start arriving in coming months. Additionally, the state unleashed a $10 million Rapid Response Fund a few weeks ago that doles out bridge loans to companies awaiting approval from the SBA.

"Once small businesses are able to get their loans and federal relief, those businesses will be expanding," Cornay says. "But the real questions are where and when."

Back on the residential side, a different sort of infusion of federal aid could rejuvenate home sales. Congress is considering a slew of new measures, including one that would allow hurricane victims to classify as first-time homebuyers and reap the related benefits. There are also bills to provide temporary housing vouchers and waive certain buying requirements.

Then there are insurance claims. These payoffs, however, are expected to arrive sporadically, as some south Louisiana homeowners are still waiting for insurance adjusters to inspect their property.

Still, these indicators have given birth to a new optimism, fueling a record number of homes on the market, as well as more than 4,000 residential lots planned for Lafayette Parish, according to data compiled by Coldwell Banker Pelican Real Estate.

Developer Bob Austin says he sold up to 20 homes during the first couple of weeks following Hurricane Katrina. That resulted in the available housing in three developments selling out, including Austin Village South, which has a total of 66 lots on La Neuville Road; Sugar Trace South, which has 117 lots in Broussard; and Northfield, which has 57 lots north of I-10 on University Avenue. But Austin still has other residential lots available and a new development in the city ' Queen's Harbour off Beadle Road with 76 lots ' opening up soon.

While the increase in activity has been exciting, Austin sees no need to develop new property to meet what could be perceived as a growing demand. He says the spike only served to absorb Lafayette's swollen inventory, and it rescued those on the market who had too much.

"I've heard about people going out and buying land to develop, but they need to realize it could take more than a year to get it ready," Austin says. "Who knows what will happen by then. But I do think there will be a second wave of activity. Will it be massive, though? No. I don't think so."

If a resurgence occurs, it could encourage homebuyers and businesses to look further north in the parish, or even in the outlying areas. More than 45 percent of all sales that occurred in September were in the region of Youngsville and Broussard, where most of the parish's growth has resided in recent years. Another 34 percent of the sales were in central Lafayette, south of the Vermilion River from Pinhook Road to Ambassador Caffery.

Yet there is still property available all over the parish and surrounding areas, says Monaghan, and there is always room for growth. A new subdivision is going up over the next six months in Scott, which is still in the planning stages with 38 lots, as well as 300 upscale lots at Chateau Mirage off Johnson Street. Additionally, the Ponderosa is opening in St. Martin Parish with 63 lots, as well as a bevy of ventures in St. Landry: Lonesome Dove with 100 lots, The Ranch with 300 lots, Shawnee Farms with 150-plus lots, and one other unnamed subdivision still in the developmental stages.

The market is in good shape, says Monaghan, and everyone will be ready if a second wave arrives.

"Usually these are the slow months, but we haven't seen a huge lull yet," Monaghan says. "We're not running out of inventory, and prices are staying where they should. All of this is fueling the market, and I think there's still more to come."

Jeremy Alford is a freelance journalist based in Baton Rouge. His work has appeared in The New York Times, Dallas Morning News and other publications. Reach him through his Web site at www.jeremyalford.com.